Voices from the Desert reviewed by Editor of The Tuam Herald 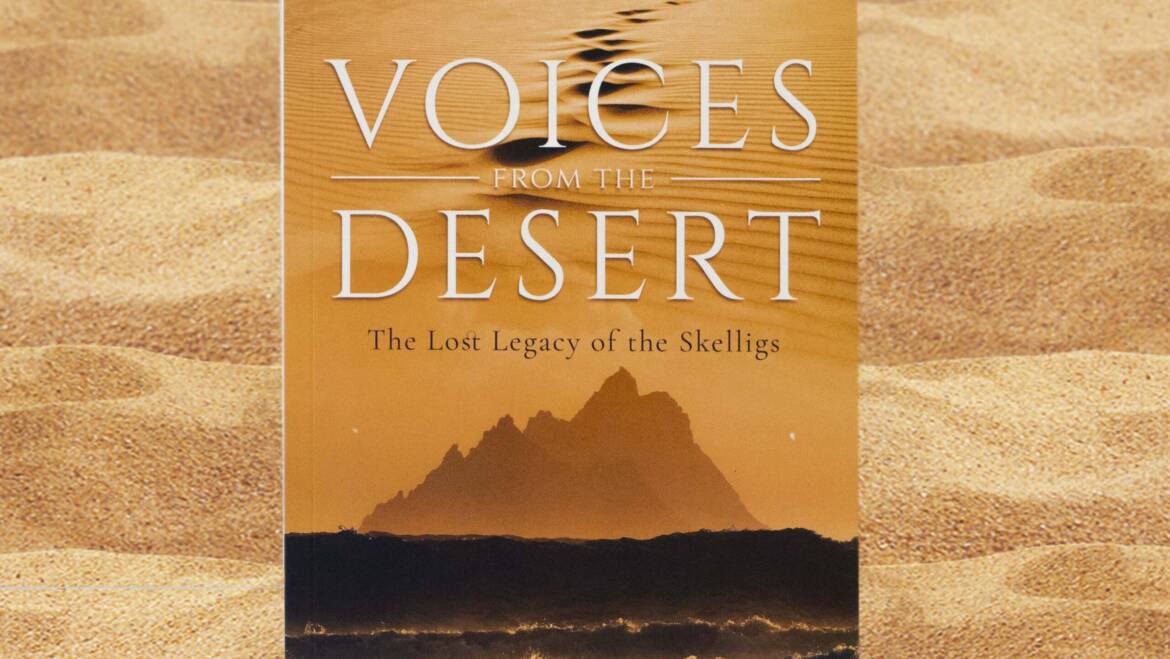 Celebrity interviews are nothing new

An expedition into the wild places of the world to interview eccentric celebrities who choose to live far from civilisation and then return to write a best-selling book about the lessons they have to teach us: it looks like a pitch to a modern publishing house, doesn’t it?

Amazing then to think of a man called John Cassian setting out into the desert to interview the holy men who lived as hermits, not in the 19th, 20th or 21st century, but almost 1,700 years ago, in AD 385.

Not only did Cassian do this, accompanied by his friend Germanus, but the books they produced, known now as the Conferences, have survived through the centuries to be summarised and analysed by Hugh MacMahon.

The press release for the book is headed “Star Wars, Skellig Monks and the connection to the Desert Fathers” but Disney fans won’t find much to slake their thirst for more knowledge of the Jedi Knights or Obi Wan Kanobi.

It’s true that monk-inspired robes and the island rock of Skellig Michael were used in the more recent Stars Wars films. The resulting surge in the numbers of people wanting to visit these remote beehive cells off the Kerry coast has made many an Irish bucket list seem less attainable. This would-be tourist-pilgrim still lives in hope.

But why would anyone want to cut himself off from almost all human contact to live alone in the harshest of conditions, getting only four hours sleep a night?

It’s the question MacMahon puts in the mouths of the Vikings who raided Skellig Michael in 823. Instead of the riches they found in other monasteries on the mainland, there was nothing but men in ragged robes.

However, they had one category of luxury goods — books. In an age when the vast majority of people were illiterate, books were scarce treasures. Not that the Vikings put any value on them; they were literally priceless.

For the hermit monks, they represented all that was of value in this world, and chief among them were Cassian’s conferences with the Desert Fathers, those men who went out into the wilds to find God.

One of the most famous was Simon Stylites, who was said to have lived on a high pillar for 37 years. The famous St Anthony was later portrayed by the painter Salvador Dali as he fought temptations.

This may have been the St Anthony mentioned in one of the first interviews, with a holy man named Moses. Moses was keen to point out to his interviewers the value of discernment, as advocated by Anthony.

Discernment would prevent people from going to extremes in their search for spiritual perfection. Moses, who may have had a sense of humour, told of the old man, Heron, who had lived a life of strict severity in the desert for fifty years. He would not join the others even at Easter in case it was a sign that he was lowering his principles.

“Then, not long ago, he had the illusion that if he jumped into a deep well he would have nothing to fear. He would be saved because of the holiness of his life. When his neighbours finally got him out he was almost dead, and he passed away three days later.”

Moses went on to say that “excessive fasting and gluttony come to the same thing. Unlimited vigils are as harmful to a monk as too much sleep.”

Moderation is the answer, even in what we would regard as the extreme circumstances in which these early monks placed themselves.

Hugh MacMahon gives an edited summary of all 24 conferences, in the original interview style, with a commentary at the end of each chapter.

With chapter titles like “Weighing Options”, “Working in partnership”, “The Good, the Bad and the Indifferent” this could be any modern book of spiritual self help, and goes to show, as if it were needed to be repeated, that human nature has not changed in thousands of years.

It’s interesting to note that Cassian and Germanus were natives of Syria, and their expedition was to interview the Desert Fathers of Egypt. They comment occasionally on the differences in their traditions, which to this uninformed modern reader put paid to the notion that all early Christians lived under the same rules.

The monastic idea spread rapidly from the deserts of Egypt to Western Europe, and to Ireland with Patrick and his apostles. It comprised both the hermits who lived in individual cells and the later big monastic settlements.

All the monks would have been familiar with Cassian’s Conferences, as well as with the other sacred texts on which Christianity is based.

The monks of Skellig may have been the closest in Irish terms to the Desert Fathers, although it appears to me that great and all as the sacrifice represented by the life of a hermit in the desert, living on very little, may have been, that of the monks who marooned themselves on a cold, wet, storm-blown rock in the Atlantic was infinitely greater.

Be that as it may, the monks eventually left Skellig and moved to Ballinskelligs on the mainland in the late 12th century. According to Gerald of Wales, who lived at that time, it was because the climate had grown harsher with more violent storms.

The ascetic ideals they lived by have not died completely. There are people of every religion who seek to shake off the dominance of worldly concerns in pursuit of spiritual enlightenment. It is not a way open to many, but those of a contemplative bent will find this book full of interest.