The Rosary in Ireland 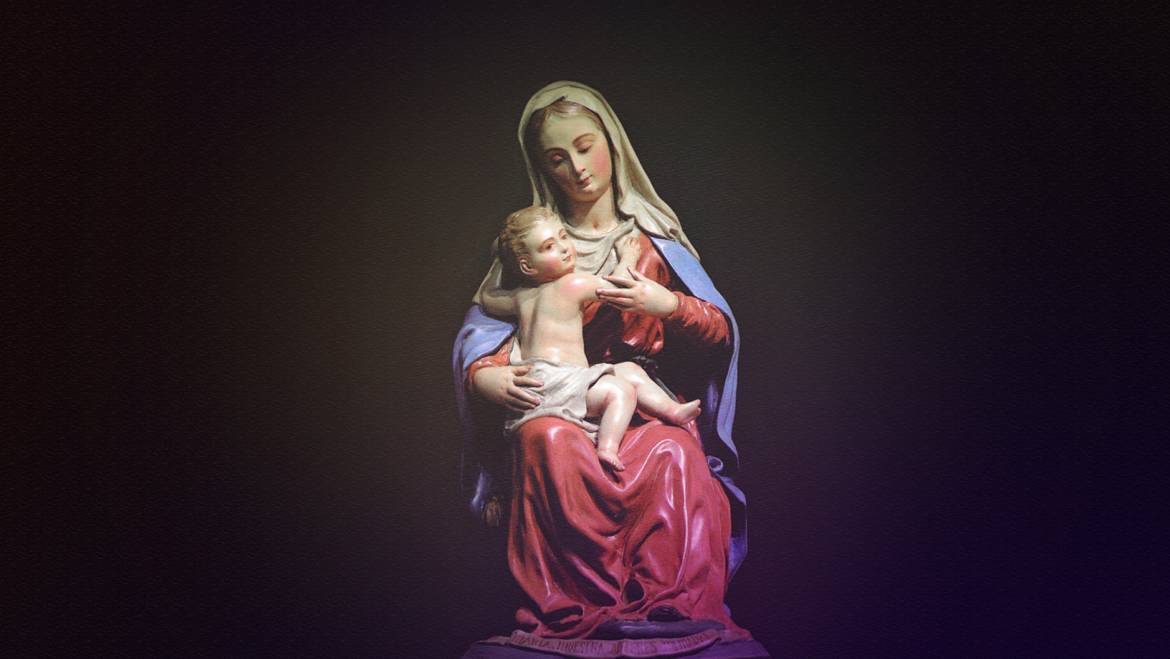 An exclusive excerpt from Blessed Among Women by Peter de la Rosa for Feast of the Assumption (15 Aug, 2020)

The Rosary that began during the ninth century in Irish monasteries, was never more needed than in 1540 when Henry VIII began to persecute the church in Ireland.

The local Parliament established the monarch’s supremacy over the church and abolished papal rule. Religious houses were closed down, monasteries and churches fell into ruins. Many priests and lay people died professing their faith. Even invoking Mary’s name made the Irish ineligible for public office or the professions.

Augustine Birrell, Britain’s Chief Secretary to Ireland during the Easter Rising of 1916, wrote that the Irish ‘tenacity of faith is, I believe, unexampled in the history of the whole world’. Until the reign of Queen Victoria, a Catholic in Ireland was an outcast. ‘Catholics,’ said Birrell, ‘were robbed of their lands; they were given their choice between hell and Connacht.’

But they did not yield. And their love for Mary, the Mother of the Golden Heights, helped them survive persecution.

In the early 18th century, the scaled-down Irish Penal Rosary, little more than a few beads on a string, became popular. It was a small secret sign of local rebellion against the English religion. The crucifix was hidden in the hand or slipped up the sleeve. At the end of it was a ring, and this ring was moved from the thumb to the four fingers, one after the other, in order to recite the decades of the rosary. Various symbols were etched on the rosary, a hammer for the nails of the cross, a chalice represented the Last Supper, a ladder pointed the way to heaven and so on.

The rosary continued to play a major role in the history of Ireland. In Sean O’Casey’s The Plough and the Stars, Fluther complains about the British soldier who wanted the Irish to fight fair. ‘Fight fair! A few hundred scrawls o’ chaps with a couple of guns an’ Rosary beads, again’ a hundred thousand trained men with horse, gut, an’ artillery … an’ he wants us to fight fair!’

Those were the odds during the Rising in 1916. The home-made bombs of the Volunteers threatened themselves more than the Crown forces but they had other weapons. On the roof of the Dublin GPO, every half hour, men thumbed the Rosary with their rifle in their other hand until the Friday when the place went up in flames. They machine-gunned the enemy with Hail Marys.

On the first night of the Rising, de Valera was checking up on his command around Boland’s Mill when he came across his men, on their knees in the dark, reciting the Rosary. He joined them in spirit for a decade before moving on to check on the sentries further along the railway embankment. He gave the password. No reply. The sentries were praying with the others. He pointed out that sentries were not to leave their posts for any reason, not even the Rosary.

When Pearse’s order of surrender was delivered to Hanlon’s fish market where Clarke, Connolly and McDermott were taking refuge, the men under their command knelt down. Rifles in one hand, beads in the other, they said the Rosary.

The leaders of the Rising were comforted by their beads as they awaited execution in Kilmainham Jail.

When the Rising was over and prisoners were being transported to England, the men recited the Rosary together in the locked hold. A storm blew up. Many prayed to Mary they’d sink and be drowned in preference to sea-sickness.

Most were interned in Frongoch in North Wales. Whatever the routine, one thing never changed. In each hut, after the Last Post sounded at 9.30, the men knelt at the end of their beds to say the Rosary. This ritualised, almost hypnotic form of prayer was their link with home. Though it sounded like the distant sound of a cattle auction, it reminded them of their Irishness and their loved ones back home.

The strangest and most moving appearance of the Rosary in Irish history took place the day after Michael Collins, Commander-in-Chief of the Free State Army, was shot dead. The news spread quickly to Kilmainham Jail.

Tom Barry, one of the Republican prisoners, never forgot the eerie silence that settled over the jail. He chanced to look down from the corridor above. In the large ground-floor assembly area, what looked like a thousand hard-bitten Republican prisoners had fallen to their knees. And he heard the familiar drum-roll of the Rosary for the repose of the soul of Michael Collins, their enemy and their friend.

Blessed Among Women by Peter de la Rosa is available at Columba Books.