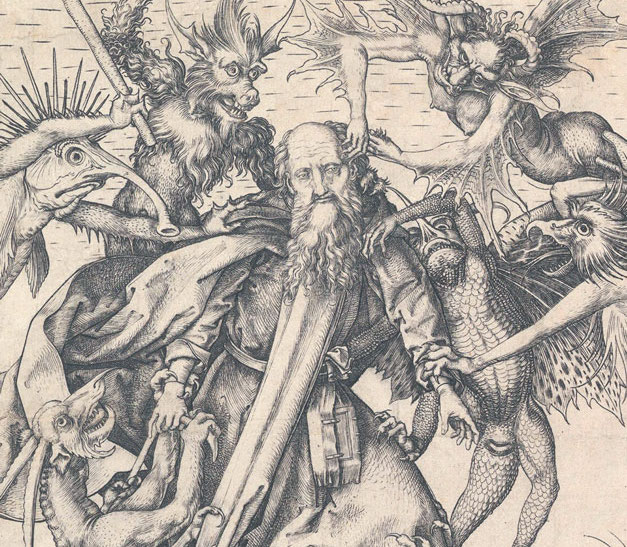 Most people view the devil as just a metaphorical way of expressing the dark side of humanity and think of exorcisms as the stuff of Hollywood horror films. However, Fr Pat Collins, an Irish Vincentian priest based in Dublin, is regularly contacted by desperate people seeking his help to deal with what they believe to be demonic possession and Fr Collins sees this as a very real threat which is being ignored by modern society.

A member of the New Springtime Community, and one of the few priests in the country who has experience as an exorcist, Fr Collins has noticed that while there has been a decline in the number of people who believe in the supernatural, there has also been increasing evidence of the malicious activity of the devil all over Europe. Pope Francis often talks about the malignant influence of the devil upon the world, “Look out because the devil is present! The devil is here … even in the 21st Century! And we mustn’t be naïve, right? We must learn from the Gospel how to fight against Satan.” And yet, there is a lack of education and resources for those afflicted by such evil influences, and, with very few priests trained in exorcism, people have no one to turn to.

In his fascinating new book, Freedom from Evil Spirits, Fr Collins offers suggestions for protection and defence against this malevolent force, from breaking curses to self-deliverance from demonic manifestations and cleansing disturbed buildings. He discusses his experience of deliverance ministry and different cases that he has been involved in where people believed – sometimes rightly or wrongly – that they were possessed.

The issues of fear, anxiety and addiction are also discussed in the book as each one represents an important aspect of Christian freedom, as they are all related, directly or indirectly, to the activity of evil spirits. For example, although fear is a natural emotion, and addictions are forms of illness, nevertheless the devil can and does exploit them in order to lead people into sin and thereby to separate them from themselves, others and God.

Through this book, Fr Collins offers hope, support and guidance for people in this situation who feel they have no one to turn to for help.

To get your own copy of Freedom from Evil Spirits you can click here.