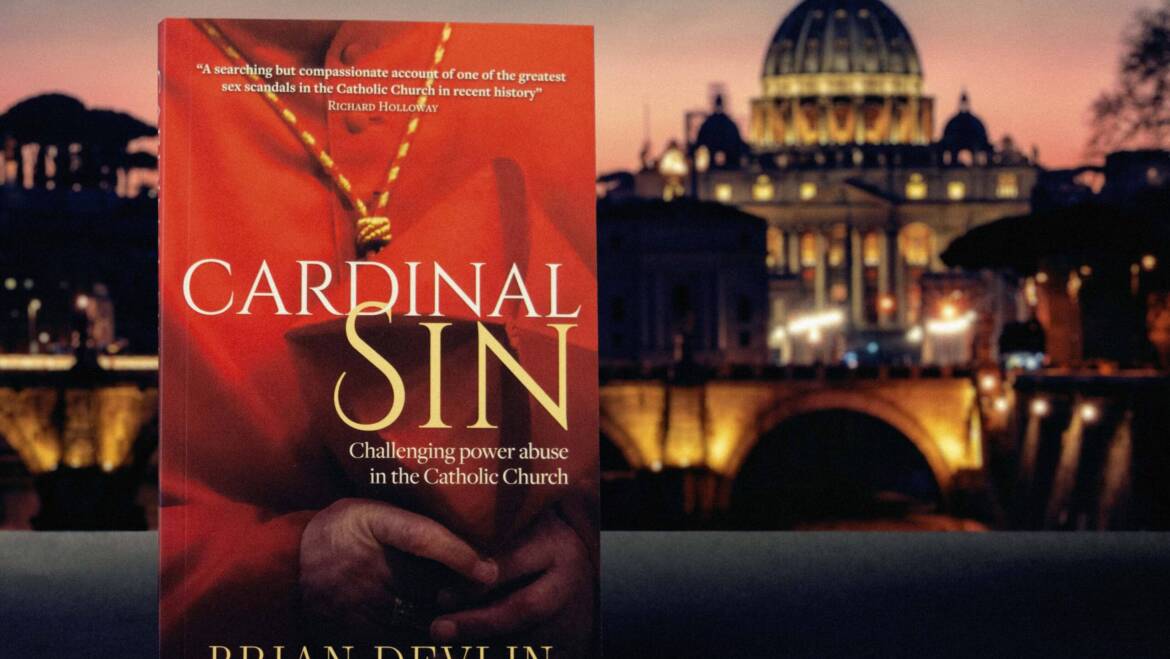 This powerful and timely book revisits the events surrounding the disgrace of Keith O’Brien, former Cardinal Archbishop of St Andrews and Edinburgh, in 2013. The historian Tom Devine has described this as the biggest crisis in Scottish church history since the Reformation. Some readers may think that they know the whole, grisly story: O’Brien’s sexual predation and the ham-fisted damage limitation undertaken at home and in Rome. But Cardinal Sin shows that the crisis is still unresolved.

One of the four whistle-blowers, former priest Brian Devlin (he left the priesthood shortly after – and as a direct result of – O’Brien’s appointment as archbishop in 1985), waived anonymity to write this coherent account of O’Brien’s downfall. He explains why he and the others took the “nuclear option”, approaching The Observer newspaper, having been let down by the nuncio and the Congregation for Bishops. Devlin contextualises the narrative in two important ways. First, he shares bravely the catastrophic impact of O’Brien’s behaviour on his own life. It is of the utmost importance to hear the victim, and his testimony is shocking. Second, Devlin describes the scale of Keith O’Brien’s grooming and manipulation, the cliques and power games, the inappropriate sexual advances, all the more appalling for happening during spiritual direction and confession. As Mary McAleese writes, “the cosy Catholic hierarchical system made it easy for O’Brien to be the fraud and hypocrite he was.” His profile meant that his influence formed, and still informs, the culture and governance of the Archdiocese of St Andrews and Edinburgh. The labyrinthine corruption stemming from O’Brien’s sexual behaviour is staggering.

In the second part of the book, Devlin tries to make sense of the disaster. He does us a great service, articulating issues still unresolved for the church in Scotland and beyond. The secrecy surrounding the appointment of bishops is still unhealthy. How can it be that, while O’Brien’s behaviour was known, at least by some, he (like McCarrick) was nevertheless appointed first a bishop and then a cardinal? The governance of his diocese was seriously compromised by sexual behaviour, perhaps even blackmail. The presbyterate O’Brien created included a clique that mistreated priests and people alike.

how can people and priests be protected from the sexualised arbitrary abuse of power? Has safeguarding, too, been compromised by this toxic mix? O’Brien vetoed a national audit of historical cases; we can only speculate why. Even after Vos Estis, can we be sure that no archbishop can prevent an investigation into allegations against any priest, however senior, close or protected? Devlin is warm about the pastorally sensitive Archbishop Charles Scicluna, who carried out the delayed Vatican investigation into O’Brien, and wrote a report to “scorch the varnish off the Pope’s desk.” That report, even redacted, has never been made available. This lack of transparency still affects the trust and confidence not only of the people and priests of Edinburgh, but of the whole of Scotland.

The story at the heart of Cardinal Sin may be known in part, but the fallout has yet to be properly processed, and the steps needed in response have yet to be taken. Only transparency can rebuild confidence. The priests and people of Scotland deserve nothing less.

Original review appeared in August 19, 2021 issue of The Tablet