‘The Opal and the Pearl’ reviewed in The Irish Times 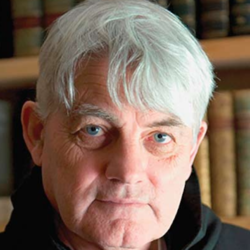 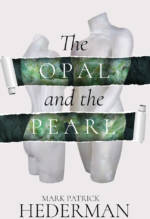 The word was the former Abbott of Glenstal had published a new book on the church, sex and misogyny. Duty called: not a beach read, I knew, but surely a new light on the root causes of the gynaecopolitical obsessions of our society. The light, I discovered, was of a different order – an efflorescent voyage around four Irish writers, probing the nature of creativity. There is a tendency to think that art survives despite the rackety lives of artists: like Joyce writing erotic, scatological letters to Nora, his “whorish wife”; Yeats mining esoteric poetry through George, his occultish wife; Iris Murdoch conducting messy, often masochistic love affairs. If Hederman has woven a heaven’s embroidered cloth, the quiet warp and weft is this question: is the “fleshly” inimical to the “spiritual,” (the opal and pearls of the title.)

Hederman posits that early Christianity had a capacity to see sexuality as a sacred mystery central to all life – a sixth sense. This has been lost to all but the artist, which presents the stunning paradox that permeates the book: the deeper the artist goes, the more holy they become.

Iris Murdoch was a moral philosopher at Oxford, who found herself the butt of jealous misogynistic bitterness on the part of those highly articulate males (mostly her colleagues) who populated her novels as studies in moral philosophy. “How could such a slatternly charlatan be taken seriously as a moral philosopher in the line of Aristotle, Spinoza or Kant?” they demanded. The answer is that, though prudish by nature, she made her life into a laboratory of love. Because to imagine the Other is the ultimate aim of art, she hurled herself “down into the melee and the mud, I don’t care how filthy it is.” Such search for knowledge in a philosopher, it turns out, is so rare as to be abstruse.

In correspondence, Hederman suggested to John Bayley (Murdoch’s husband of many decades) that he might emulate Yeats in writing through the mediumship of his wife. Bayley later wrote to tell him that his novel The Red Hat was an attempt to “extend her spirit”.

Extending the spirit has two meanings for artists. Hederman repeatedly points to the importance of zeitgeist: Joyce’s work connected to Freud and Jung, and Murdoch matured in post-war freedoms. For them a whole direction of thought was piercing the workaday world. Like them Yeats sought to rout sexual puritanism through art, but also, controversially, he subscribed to mysticism – seeking a literal extension of the spirit.

Yeats clearly escaped the net which educated us out of myth and magic.

Hederman’s research on automatic writing shows that “Collaboration between the sexes was the enabling precondition . . . and the topic of sexual love dominated his conversation with the spirits . . . the blending of the collective unconscious with the corporate personality [is] achieved by his wife and himself through satisfactory sexual communion, involving frequent intercourse which had to include female orgasm.” Magic or madness, method it undoubtedly had.

But A Vision is a map of another country. “Yeats was attempting to formulate an inspiration received from elsewhere in a shape and structure which demands an originality as idiosyncratic and pliable as that employed by the artists of Byzantine.”

Originality of shape and structure is Joyce’s monument, with the sexual dimension as foundation: for him it defined the being of a character. There is a delicious symmetry in this dissection of his two great protagonists: “Stephen’s addiction to prostitutes is a mode of sex without love, which ultimately contrasts with Bloom’s love without sex. It implies that Stephen really loathes and denigrates women while Bloom adores and deifies them.”

Nora Barnacle was his shrine. “Their obscene passion, the emotion of love which is anatomised, reconstituted and crystallised in his letters or in Molly Bloom’s soliloquy.”

But in Joyce’s mind the earlier work was a pathway to the visceral thinking, the “intestine” language” of Finnegans Wake. Unlike Yeats, Joyce didn’t believe the artist had supernatural power. Finnegans Wake declaims another dimension, psychic and primordial, between scatological and eschatological. Significantly, its critical reception mirrors that of Yeats’s AVision. Each artist’s attempt to find a consciousness, through language or the spirits, wider and deeper than their being, was scorned. Now Hederman earths the esoteric, electrifying it in the process.

The book does deal with the women priests, hope and hierarchy. But it all pales beside the literary sunbursts. I brought it to the beach.