The Life and Journey of St Francis of Assisi

Francis of Assisi – the early years

Francis of Assisi was born in 1182 to Pietro, a wealthy cloth merchant, and to Pica, a lady descended from the nobles of Provence in France. As a young man, he was no different from his many friends, in that he loved to dance, sing and socialise. He loved the limelight and he was dubbed the ‘king of feasts’ by his friends as he was renowned for throwing the best parties.

He dreamed of becoming a knight. Like the other young men of Assisi, he wanted to excel in the war that was waging between Assisi and the neighbouring town of Perugia. Because he was the son of Pietro di Bernardone, his father dressed him in the best armour money can buy, but he had no skills as a fighter. The young knights of Assisi marched out of the town to war and soon Francis was captured and imprisoned by the enemy for a lengthy period of time. It was while Francis was in prison that he was to realise that God wanted him to do an altogether different kind of fighting. God was asking him to understand that the time was coming for him to serve the real Master.

Encounter with the leper

He escaped and found his way home, where he was quite ill for a long time. His mother and father couldn’t understand what had come over him. He was losing interest in his old lifestyle and spending a lot of time alone and visiting some of the old churches in the valley outside Assisi. It was while he was thinking about his future that he one day encountered a leper. Lepers were outcasts in the society of the time as they had a highly contagious and incurable disease. Francis became sick to the pit of his stomach at the sight of the leper and wanted to run fast in the opposite direction. Yet suddenly he was off his horse, and he put some money into the leper’s hand. He then took the leper’s diseased hand and kissed it. He couldn’t believe he had done this but felt so good in himself for having done it. 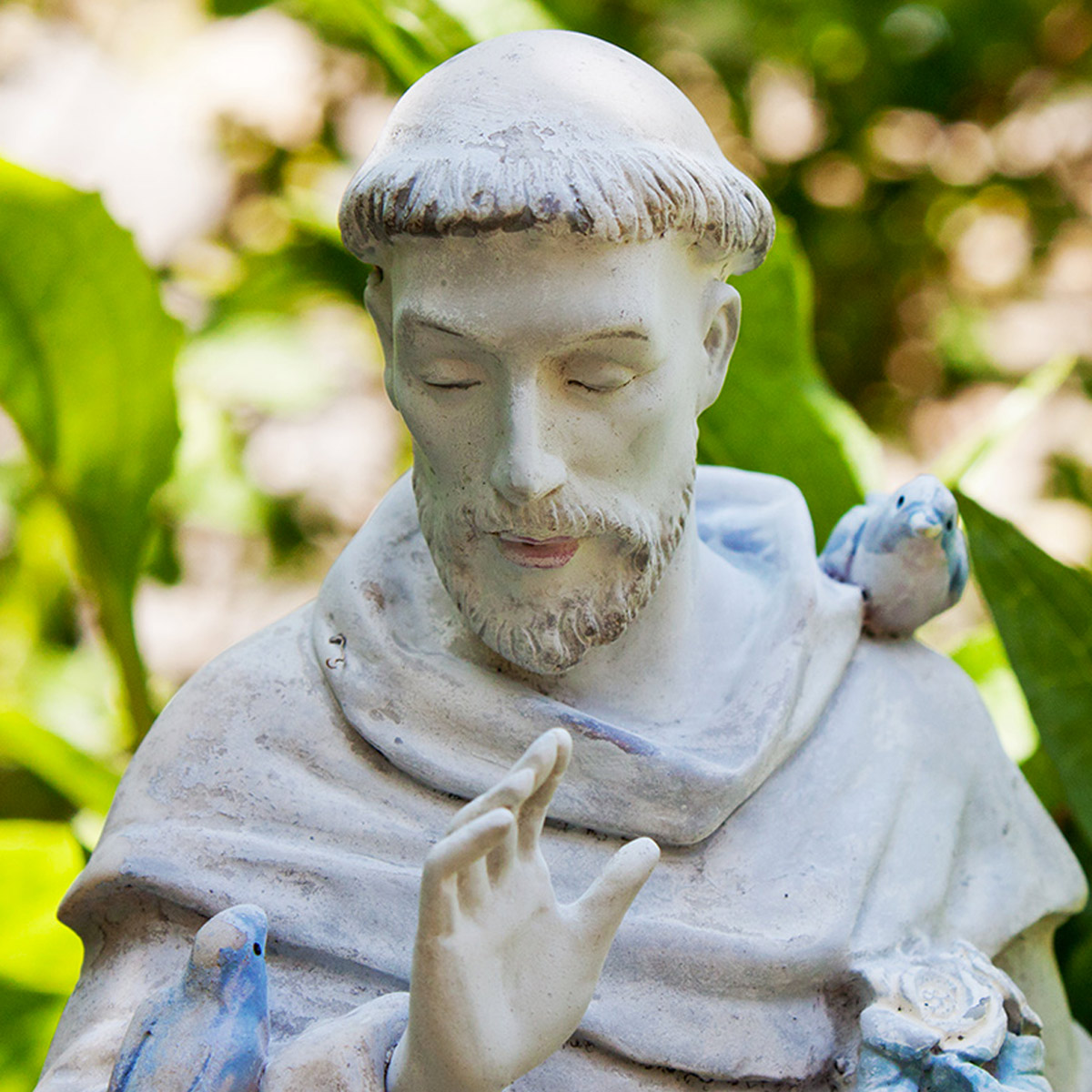 He began to repair the little church of San Damiano and to beg for money to buy oil to keep a lamp burning there. He also repaired some of the other ruined churches around the area. He dressed himself in a rough tunic with a long hood and tied a rope around his waist, rather than wear a belt, which only the rich wore. He was beginning to see his purpose in life and other young men from the town started to become curious about what he was doing. They could see how happy and free he was and they wanted to join him in his new building programme.

Francis and his new followers lived in San Damiano and they became known as the ‘little brothers’ or the friars minor. Francis drew up guidelines or a ‘rule of life’ for the friars to live by and he went to see the pope at the time, Pope Innocent III. At first, the pope thought they were fanatics and he had no time for radicals or fanatics. However, the pope saw something different in Francis and his brothers and realised that this little movement was God’s will. He approved their rule of life and sent Francis and his brothers back to Assisi to grow and spread their way of life around Italy and beyond.

Rebuilding the church into the future

As the brothers came to Francis and as the order of lesser brothers grew and spread around Europe, Francis accepted Ciara di Offreducio (St Clare of Assisi) into the order and she and her first
followers moved into San Damiano where they became known as the ‘Poor Ladies’ or the ‘Poor Clares’, and to this day they live in enclosure and prayer. Francis also accepted lay women and
men into the Franciscan family who are known today as the secular Franciscan order. It is clear that at first Francis set out to repair the little ruined churches around Assisi, but as time went on, he found that his work of rebuilding was to repair the church of God, not with bricks and mortar, but with people.

In 1224, two years before his death, he was in prayer on Mount La Verna where he received the stigmata, the bleeding wounds of Jesus, on his hands, feet and side. This is seen as symbolising his commitment to the sufferings of Jesus on the cross. Francis of Assisi died early on 4 October 1226 and he was canonised a saint by Pope Honorius III in 1228. He is the patron saint of Italy and of ecologists. 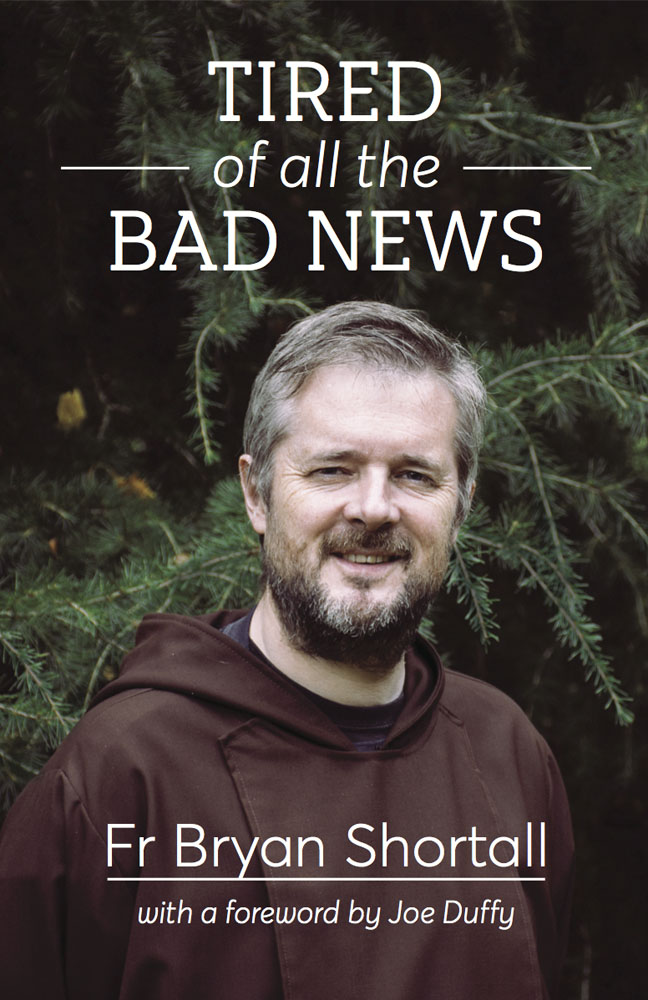 Tired of all the Bad News by Fr Bryan Shortall is available for purchase here.