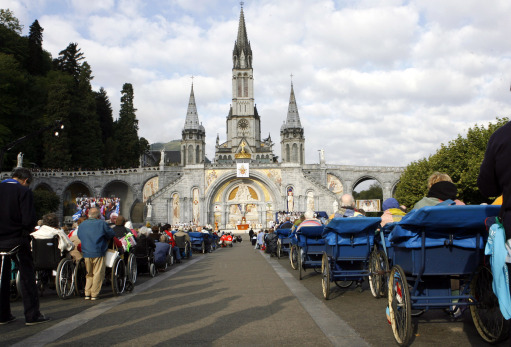 2018 marks the 160th anniversary of Bernadette Soubirous, also known as St Bernadette, experiencing 18 visions of the Virgin Mary at a grotto in Massabielle in the small town of Lourdes, in the foothills of the Pyrenees in southwest France. Today, the town is one of the most popular Catholic pilgrimage sites in the world.

Bernadette led a fascinating life, much of which is chronicled in the 2009 book Three French Saints: Bernadette Soubirous by Críostóir Ó Floinn. Below is an excerpt from the book, detailing the circumstances of Bernadette’s first vision. 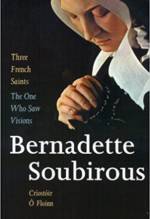 “From Bernadette’s many narrations, in oral and written testimony, and from the accounts taken down later from her sister, Antoinette, and their friend, Jeanne Abadie (Baloum), the events at Massabielle on that day in February, and their effect on the girls themselves, are well documented. The other two having wandered off from the cavern, Bernadette had sat down and removed her clogs, and one stocking when she heard a noise ‘like a gust of wind’. She looked around. Behind her in the field there were tall poplars that would sway in the slightest breeze; but they were not stirring. She bent again to remove her other stocking.

“Again she heard the noise of a gust of wind. This time, looking across towards the rocky hill on the other side of the stream, she noticed that some branches on the side of the rock were moving. They were the branches of a wild rosebush, flowerless now in winter, growing at the foot of one of several cave-like openings in the face of the rocky cliff. While she stared, Bernadette saw a gentle light begin to glow in the dark grotto. Then a form began to appear. It became clearer. Bernadette saw a beautiful young woman standing there, smiling. She was dressed in white from head to foot, with a blue girdle; her feet were bare but adorned with two golden roses, and a long rosary beads was suspended from her right arm. The young girl blinked her eyes tight, convinced that she was imagining what seemed to have appeared in the grotto. When she opened her eyes, the person was still there, beautiful and smiling.”