Rainbows & Windmills reviewed in the Church of Ireland Gazette! 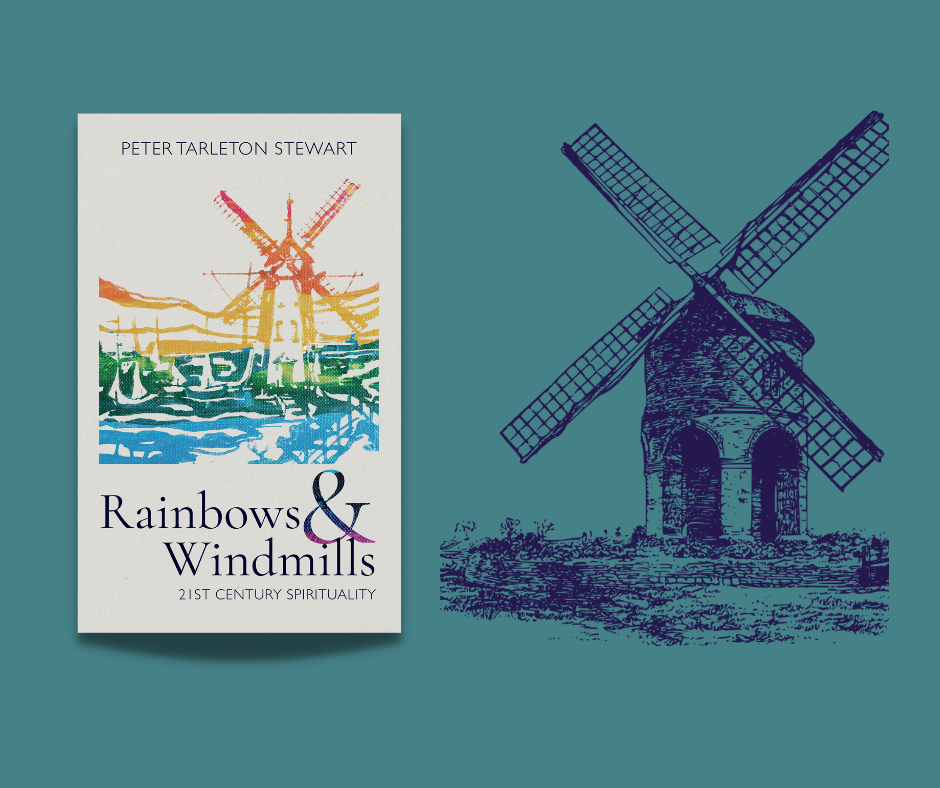 Rainbows and Windmills is a refreshing take on religion: ancient and modern. Peter Tarleton Stewart unpacks the many contradictions between the Bible and science.

He explores the differences between religion and spirituality even describing much of religion as repetitive, stifling, and exhausted which seems an unusual statement for an Anglican priest of 46 years to make.

The book provides many examples to demonstrate how the Christian church controlled much of its writings to ensure their leadership would be beyond criticism, evaluation, or question. Tarleton Stewart’s tackling of the notion that the Earth was created in 4004BC is illuminating, reassuring, and amusing (I pick this example as a NI politician recently claimed the Earth was 6,000 years old), as is his discussion of the various interpretations of the Garden of Eden story. To have many injustices to women other the centuries, all in the name of the Christian church, pointed out is welcoming indeed.

Have you ever departed from church feeling somewhat dissatisfied? Perhaps you disagreed with the messages of the sermon, or the hymn singing wasn’t invigorating, or you felt devoid of spirituality and connection with God. I know I have (but never after one of Peter’s services, I hasten to add).

Sometimes I’ve wondered why I often felt more spiritual after an invigorating stride across fields on a blustery day. Tarleton Stewart urges us to find our individual favoured method to commune with the divine, and while that may sometimes be a religious service, it does not have to be.

Rainbows and Windmills is partly memoir as Tarleton Stewart shares his experiences of growing up in an increasingly sectarian Northern Ireland, of working as a chaplain in a prison, of searching for healing after a diagnosis of cancer, and of exploring the similarities and differences between various religions. It’s an illuminated, thought provoking, and interesting read.

It often seems that common sense isn’t as common as it used to be. Rainbows and Windmills has plenty of wholesome straight-talking common sense, and it leaves ones feeling refreshed and inspired to live life to its maximum.

“We are our own leaders. My faith is mine. What beliefs I share with others may lead me into a community where I enjoy encouragement and support. But if we have found God in the people we meet, then it is just as vital that we grow to identify and acknowledge that divinity within ourselves.”

Rainbows & Windmills is available to purchase on our website here.