‘Pope Francis in Ireland’ reviewed in The Irish Catholic 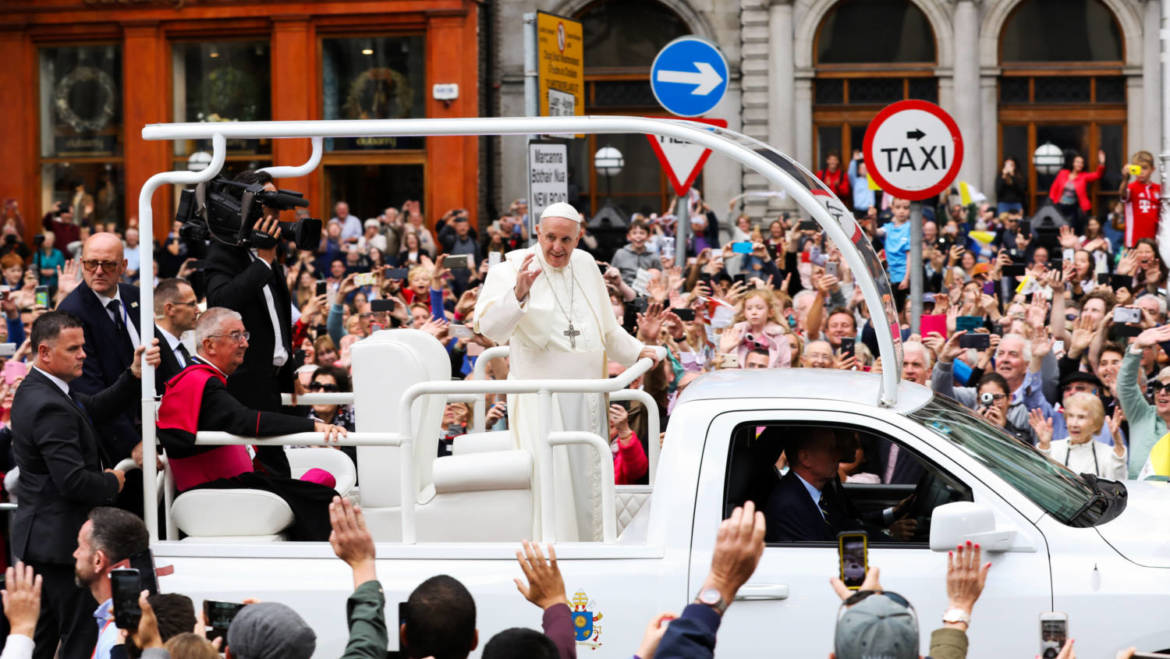 The recent congress and the visit of Pope Francis, despite what was mooted in advance by critics, passed off very well. Certainly those at Knock, in Phoenix Park, and along the streets of Dublin sensed they were taking part in a historic event.

It was one which recalled for some such past events as the Centenary of Catholic Emancipation in 1929, the Eucharistic Congress in 1932 and the visit of Pope John Paul in 1979.

These events also had their commemorative souvenirs, but none were I think quite as lively, filled literally with colour, laughter, a sheer quality of joie de vivre as the record compiled by the journalists of The Irish Catholic.

That joy, now openly expressing with laughter rather than solemnity, is a mark of how the Church and Catholics have changed. For some religion is not to be set off as a Sunday-only activity, but is to be made a part of family life, and to reflect both the pain and the happiness of what that involves.

The text covers all aspects of the event from the initial preparations to the final farewell. The dominant impression of all these pages is summed up, for this reviewer at least, of a small child with the red hair that so many Americans see as distinctly Irish (but is in fact quite rare) perched on her father’s shoulders, happily waving her papal flag. This note of happiness resounds through these pages which are both joyful and deeply moving.

In some households throughout the country this book will be added to those other souvenirs in that special drawer where some still keep not only those earlier commemorative publications mentioned above, but also cuttings on the election of Pope John, the death of Jack Kennedy and the first landing on the moon. Fifty years from now it will be used by historians to measure the effect of the social changes that are coming forward on life in Ireland.

Towards the end of the Columba Press album there is a two-page spread of an aerial view of the crowd at the mass in the Phoenix Park with the modern city of Dublin spreading out behind it and reaching to the sky. The crowd there seemed to some thinner than they might have expected, but this image symbolises the real world in which the modern family and the modern church live and work.

The enthusiastic crowds in the park, at Knock and in the streets were not, so to speak, reaching for the sky but looking to heaven.

This book, and the others, will serve as a reminder that another way forward can still be found for those who seek it.

If you’d like to purchase a copy of Pope Francis in Ireland yourself, head to our catalogue