Misogynistic Apartheid in the Catholic Church 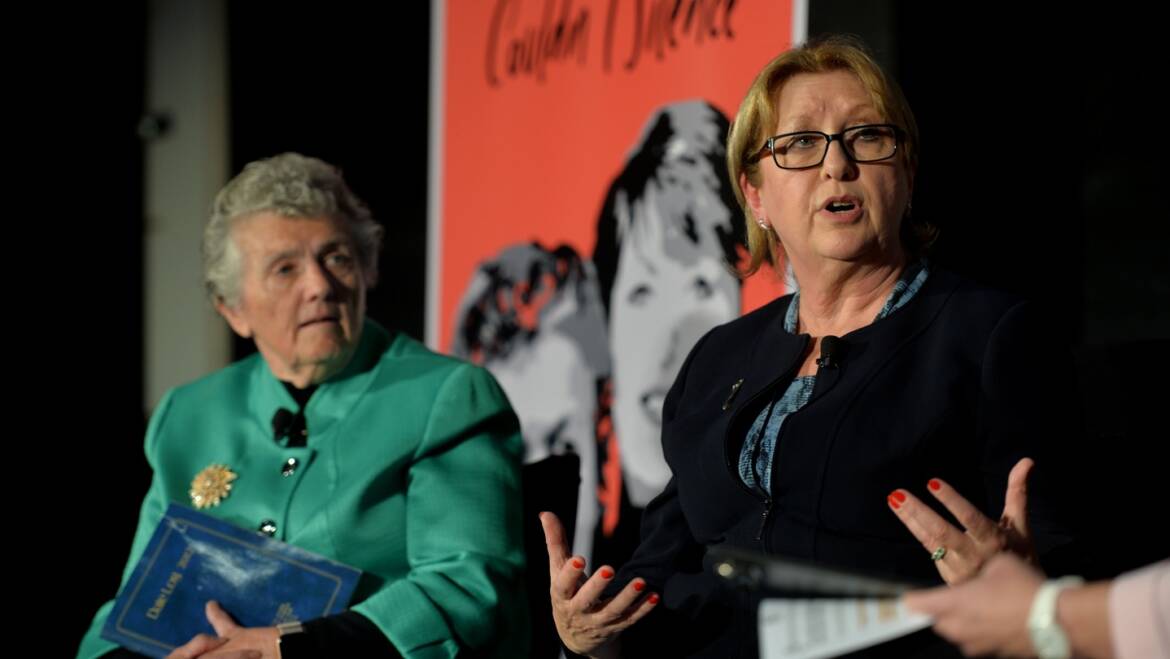 With the recent death of FW de Klerk in South Africa comes a reminder of the apartheid regime. People denied basic rights due to the colour of their skin. It’s unthinkable. But it happened. It was the ‘system’.  And the system was wrong. It was abhorrent.

I’ve been reflecting on this a lot when I’ve been having discussions about Cardinal Sin. In it I describe an amazing encounter I observed at a conference on the role of women in the Catholic Church.

Streamed worldwide and in front of an audience of 400 in the auditorium, the event focused on a conversation between two of the modern Church’s most eloquent and radical female voices: Sr Joan Chittister and former President of Ireland, Mary McAleese. It was a truly inspirational event for those who desire to see Church move to embrace women into all levels of its governance.

At one point, when asked about her description of the role of women in the Catholic Church, Sr Joan Chittister responded with one word: ‘invisible’. She went on to say how much she loved the Church, ‘But at the same time,’ she went on, ‘someday you have to wake up. You have to ask what you are looking at. You have to say what you see. The Catholic Church, for women, is a totally owned subsidiary of pious males.’ Women are the outer edge; the bow on the package.

Both women were asked by the facilitator why women can’t be priests. Chittister’s response made my spine tingle. ‘It’s the wrong question,’ she declared. ‘The question is single, it’s basic, it’s universal. It’s the only one and it is: “Are women human?” And if women are human then they can do anything a human can do. They can be lawyers; they can raise their voices in operating rooms in hospitals. They can do anything. If you ask for the Church answer, you’re going to get the Church answer. It’s “no.” If you ask for the human answer you must say “yes”. And that’s the question they will not permit to be applied to the Church.’ “

The Catholic Church’s governing body is entirely made up of men. Old men who are largely sheltered from the rigours of life. Deeply rooted in this governance lies fear and insecurity. For them it is as impossible to believe that women can have any role in governing the Church as it once had been impossible for de Klerk and his predecessors to imagine that a black person could be the president of South Africa. In Catholicism’s rejection of the equality of women we see, exposed, a misogynistic apartheid that shames the Church. It shames the world.  Why do we not rise in anger at this massive injustice? The hypocrisy of a single sex governance of the Church must end. Are women human? You bet your life they are. The ‘invisible’ must be FULLY visible.