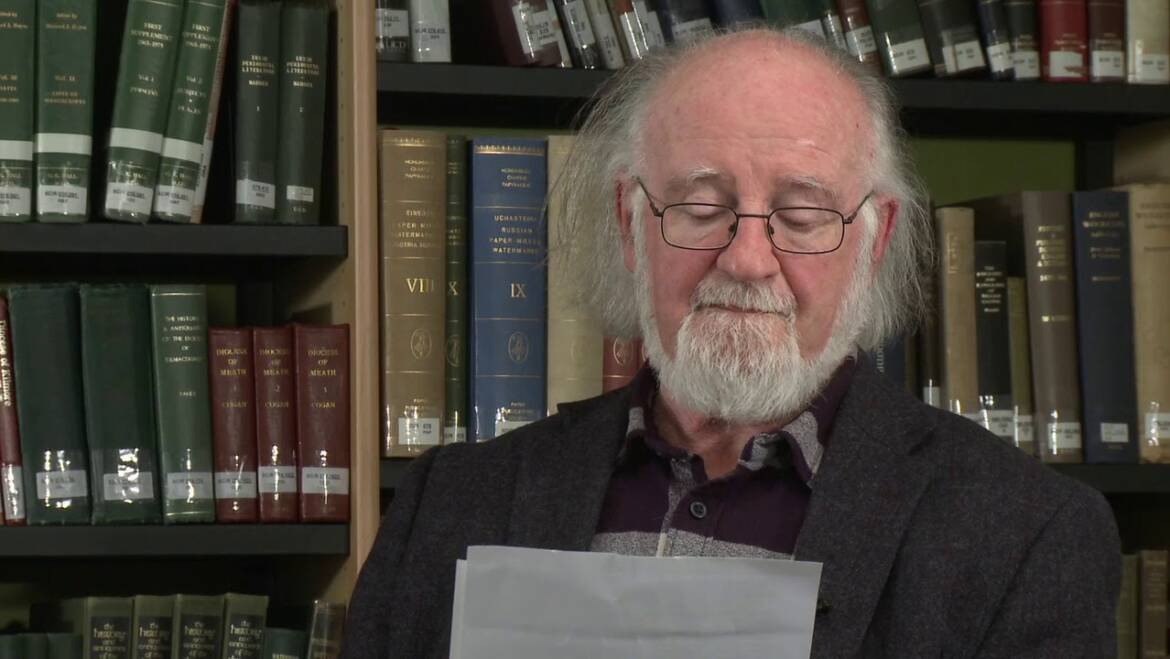 Of faith and poetry: a different aspect of Christ in every poet’s encounter

The Outlaw Christ, developed from a series of talks and lectures delivered by John F. Deane while he was the Teilhard de Chardin Fellow in Catholic Studies at Loyola University, Chicago in 2016, follows philosophers, poets and poetry from the 8th Century through the metaphysical poets, Emily Dickinson and Gerard Manley Hopkins to poets of our own day including David Gascoyne, Patrick Kavanagh and Pádraig J. Daly.

Deane informs us in his Foreword that his study has been Christ; his living has been love and poetry. In these essays the poet-prophet contends that the whole of creation is God’s work of art which appeals to the imagination rather than mere reason or intellect where faith precedes belief systems and may well travel on after belief systems are lost.

In The Dream of the Rood, written perhaps in the 8th Century in England, in Anglo-Saxon, Deane finds that the outlaw Christ “instead of being brought forcefully to his death, is…hastening to it, eager and prepared, ready for the battle to win humanity back to God”.

In his reading of Phineas Fletcher (1582-1650), Deane laments that Fletcher’s emphasis on love, rather than on a God of vengeful watchfulness, did not remain among Christians down through the centuries. Amen say I! Like John Donne (1572-1631), Deane spends his life both in his poetry and in his prose works preaching a sermon to himself. Like Donne, he seeks to satisfy the whole man.

These essays are sermons directed to himself as much as they are directed to his readers and, like George Herbert (1593-1633), he has them published that they might do good “to any dejected poor soul”. In Herbert he perceives “the personal response to the personal Christ [that] has not been sufficiently taken up by later writers”.

His Christ is a Christ who seeks “mercy and not sacrifice” whose poetry is a direct and gentle insistence on love, not fear.

In his essay on Thomas Traherne (1637-1674), he quotes the poet: “Nature teacheth nothing but the truth” and he concludes that by an awareness of nature man comes to knowledge of God.

Reading Simone Weil (1909-1943) he discovers that putting Christ at the centre of her thinking, she makes him the exemplar of the need for suffering and the destruction of the ego, her theology standing and falling at the end of the medieval world focusing too much on the crucifixion and setting aside the resurrection.

In David Gascoyne (1916-2001), he encounters the “Christ of Revolution and Poetry”, a most telling phrase, Deane informs us, “filled with a vibrant immediacy and a small suggestion of hope in the development of the arts”.

In Teilhard de Chardin he encounters the mystical and cosmic Christ. Teilhard writes: “Something has gone wrong and so something, in the area of faith and religion must be supplied without delay on this planet.”

The neo-humanisms of the 20th Century, Teilhard believes, de-humanise us “under their uninspired skies, yet on the other hand the still-living forms of theism – starting with the Christian – tend to under-humanise us in the rareified atmosphere of too lofty skies.

“These religions are still systematically closed to the wide horizons and great winds of Cosmogenesis, and can no longer be said to feel with the Earth – an Earth whose internal frictions they can still lubricate like soothing oil, but whose driving energies they cannot animate as they should.”

Illa Delio, a Franciscan Sister of Washington DC, offers the following: “Evolution suggests the universal is moving to a state of wholeness; it is moving forward so we must see change as integral to evolution, and therefore to the Creator.” Reading her, Deane concludes that the new Christianity is to be a daring adventure requiring a new language and a new poetry and this he finds in contemporary poets like Pádraig J. Daly and James Harpur who give a heartening lift to those who try to pursue the Christ through their daily lives.

In The Outlaw Christ, John F. Deane delivers close readings, sermons in the best sense, on poetry’s search for the true Christ, within or without the official Church. He has chosen well from the canon and his book is as timely and it is welcome.

The Outlaw Christ by John F. Deane is available here.