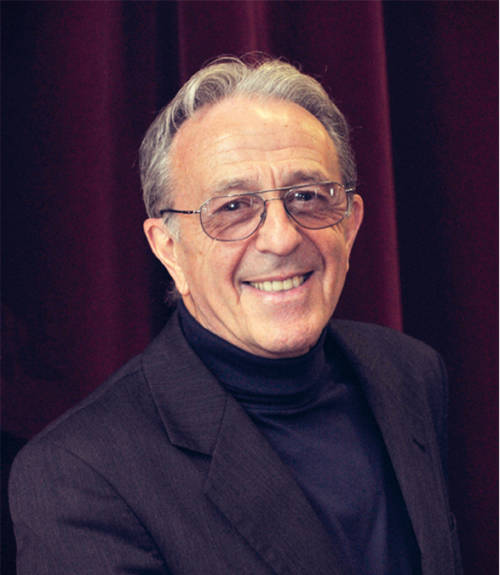 I am humbled and honoured to have been invited to speak to you, as we give thanks to God for the life and ministry of Donal O’Leary, Priest and Prophet.

Donal was just 23 when he was ordained on 19th June 1960 the Bishop addressed him in these words……
‘Share with mankind the word of God you have received with joy…..Teach what you believe……Put into practice what you teach’
He did precisely that for the past 60 years with enormous energy and enthusiasm. The readings you have heard were central to his ministry and his vision, his focus was always on the mystery of the Incarnation and our sharing in life of the Trinity. 1 John 1.3 sums it up in these words…..
‘Our life is shared with the Father and with his son Jesus Christ’
We are writing this to you so that your joy may be complete’.

Donal’s constant message was, ’Begin with the heart’. He said, if we listen with the ears of our hearts we will find God’s Spirit living in us. Then we will be transformed and our Joy will be complete. His message was the same as the teaching of St. Benedict, ‘Listen with the ears of your heart’. The first Commandment is ’Listen Israel, the Lord our God is one Lord……’ we are called to listen with our whole being, head and heart. You will remember what Jesus said when he was asked which is the greatest of the Commandment. ‘You must love the Lord your God with all your heart…with all your mind and all your will’. Donal had the gift of listening with his whole being.

He often said that it is in the messiness and struggles of life that we find God……..Over the past challenging months Donal struggled to face his mortality, despite his deep spirituality he questioned. He experienced the dark night of the soul. As he came to grips with the reality his faith grew. In the end he could say to his friend Fr. Jim Leavy, ‘I know there is something beautiful waiting for me’. When I heard that I thought of Jesus in the Garden of Gethsemane…..‘Father, if it be possible let this cross pass from me, not my will but thine be done’.

One of Donal’s many gifts was his honesty and his authenticity. He was able to share his own humanity and his own inner struggles. Because he understood himself, he could relate in a meaningful way to others in their search and in their struggles. Some found his honesty and his authenticity challenging. Difference is challenging for those who are insecure in themselves. Each of us is different, each one of us is unique, that is the way God made us. We should accept ourselves and each other as God made us.

Donal believed that God calls each of us to be ‘Free and authentic human beings’. He himself was both. He brought his honesty and integrity to his ministry which included 30 years in Parish Ministry. 25 years in Strawberry Hill preparing Catholic teachers for their ministry. Ten years as Episcopal Vicar for Christian Formation. He was an inspirational Parish Priest. He ministered from below up, not from above down. He formed vibrant ministering communities in the Spirit of Vatican 11, empowering people to recognise and develop their gifts to build up the body of Christ. While doing all this he was in constant demand nationally and internationally to give retreats. While doing all this he somehow got time to write some 20 books. His ministry will live on in his books.

We thank The O Leary Family and the Parish of Rathmore for giving him to us. We are all formed by our families and communities. Donal came from a close, loving family. His father, Joe came from a long line of teachers. Teaching was in Donal’s genes! His mother Margaret came from farming stock. Donal was one of four children. Michael and Maura are here. Joseph had Downs’s syndrome and is in heaven. Donal often spoke of Joseph, who taught him the importance on the heart and the importance of the little things in life.

Rathmore which is part of the Sliabh Luachra District, is a vibrant place renowned for its natural beauty, its music, song and story, for its deep Celtic spirituality. Donal grew up in shadow of the Kerry Paps, which were dedicated to the great Mother Goddess Danu, after whom the River Danube is named. Its spirituality goes back to the Tuaha de Dannan. Rathmore is a place of learning. It has served the Church and the world well. In the last century it has provided over 100 priest and nuns, as well as many medics and great literary people such as Aoghan O Rahilly….Eoin Rua O Suilabhain and of course Bernard O Donohue, Poet and Emeritus Professor of Medieval English at Oxford who was a friend of Donal.

Donal was ordained just after Vatican II was announced in by Pope John in 1959, sixty years ago this year. Donal knew the oppressiveness of the pre-Vatican II Church. I grew up in that Church and I cannot understand that some people who never knew it want to go back to it. Donal embraced the excitement, the vision, the hope and possibilities that the Council brought. Donal was a faithful servant of Vatican II, and was ever faithful to the teaching of the Church.

He felt very disappointed that the vision of Vatican II has not been fully implemented. He was saddened to see people walking away from the Church he loved. He was acutely aware that the institutional Church, was becoming increasingly irrelevant to the lives and struggles of ordinary people in the postmodern world. As I have already said, Donal grew up in the stifling pre-Vatican II Church. He was well aware that there is no future in the past. He hoped for a new beginning. Pope Francis affirmed that hope.

Donal had hope and a clear vision for the future. You will find it in his book Passion for the Possible which was published almost 21 years ago in 1998. He wrote about ‘the possibility of a brave new beginning for the Church starting with the spirituality of the heart’.

‘The desperate situation we are is due to………
institutionalism and clericalism……
triumphalist attitudes and self-centred emphasis,
and the terrible focus on fear and judgement.
This needs to be replaced by a more positive creation centred theology and spirituality,
and a more life affirming belief in the unconditional loving and compassionate God…..’
Passion for the Possible 1998

Donal was born three weeks before Pope Francis, 82 years ago. They shared the same age, the same experience of Church and they reached the same conclusions. On the 13th December 2016 Pope Francis said: ‘The spirit of Clericalism is an evil in the Church today’. He has repeated that message many times since…..In his letter to the people of God on abuse in the Church given 20th August 2018 Pope Francis said……
‘It is impossible to think of a conversion of our activity as a Church,
that does not include the active participation of all God’s people
Clericalism, whether fostered by priests themselves or lay persons,
leads to an excision in the ecclesial body that supports and helps to perpetuate many of
the evils we are condemning today……
To say no to abuse is to say an emphatic no to all forms of clericalism.’

Let us pray that the Synod of Bishops which is to take place next month will be the start of the new beginning that Daniel hope for…….

I asked my friend Ann Woodhouse whose spiritual life was enriched by his writings what she thought of him……
‘I met Daniel only once. I was already familiar with his writing and a regular visitor to his website. It was at the Advent retreat at the Briery in 2016. From the moment I arrived I was struck by his
presence. He was of slight build and he blended quietly and modestly into the assembled company, but as soon as he spoke and when he looked at you, his kindness, empathy and intellect were palpable. He struck me as a very sensitive vulnerable man who readily shared stories of his own imperfections and failings. Daniel was not remotely sanctimonious and was quick to laugh with himself and include humorous anecdotes when appropriate. The people taking part were all there because they were admirers of his work, but he remained a man of great humility with no trace of pride or arrogance. The only time I saw him wearing clerical vestments was when he celebrated Mass. He seemed to me to personify the antithesis of clericalism while preserving the dignity of the priesthood.’

Let us give thanks to God for Donal O’Leary his Prophet for our time.

A Requiem Mass for Fr Daniel will be held on Thursday, February 7 at 1pm in his home parish of Rathmore in Co. Kerry, followed by the burial of his remains.