Celebrate the legacy of St Columba 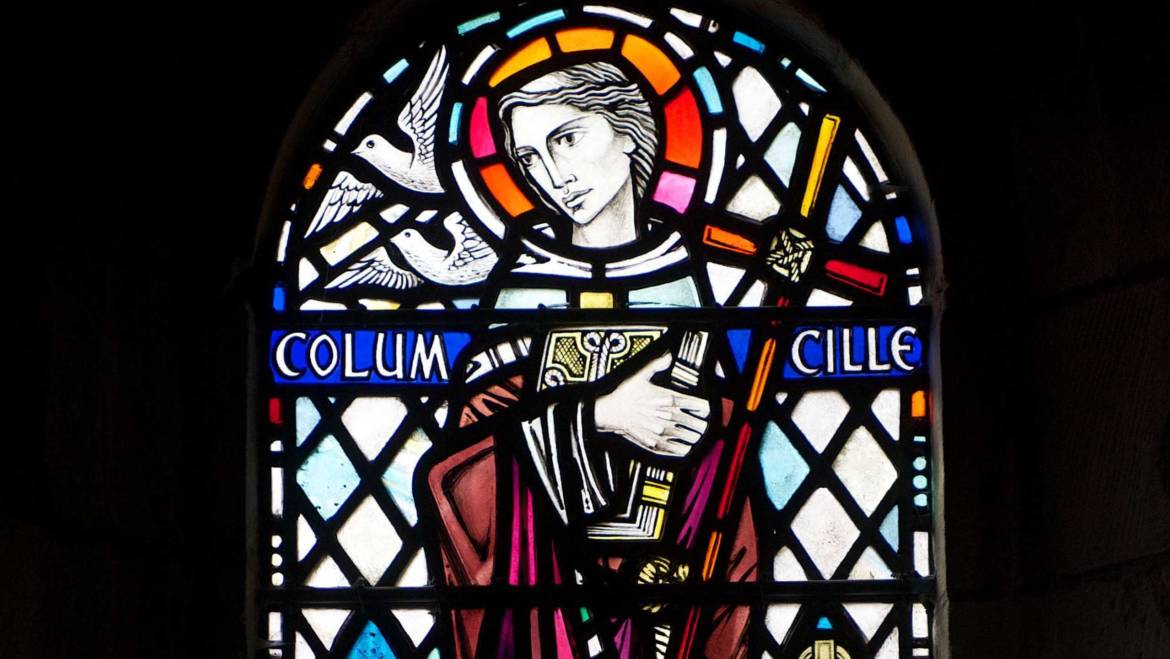 St Columba was born 7 December 521 AD in Gartan, Co. Donegal. His father Phelim, a member of the Clan Uí Néill, was a descendant of Niall of the Nine Hostages, which produced as many as forty-one High Kings. His mother, Eithne, was a descendant from a king of Leinster. This was also St Columba’s destiny until a local priest named Cruithnechán fostered him. He renounced the family inheritance in exchange for becoming a Christian monk, which sacrificed the possibility of being a prince.

He is also known to have studied under other saints such as St Finnian of Moville, St Enda of Aran, Gemman the Bard, and St Finnian of Clonard, ‘the teacher of the saints of Ireland’. His first venture after his ordination was to go to Glasnevin for St Mobí’s monastery with his three friends- Comgall of Bangor, Ciaran of Clonmacnoise and Canice of Kilkenny. Unfortunately, it was short lived because Mobí was disbanded due to the Yellow Plague, which steered them to Derry.

St Columba established his first monastery in Derry in 548. He is believed to have established monastic communities throughout the upper half of Ireland in locations like Swords, Lambay, Tory, Drumcliffe, Drumcolumb, Clonmore, Moone, Inchmore in Lough, Gowna and Kells. Though there is not an exact number of how many were established by Columba, St Dallan Forgaill describes him as ‘guardian of a hundred churches’ in his Elegy of Colmcille.

Around 563 he voluntarily exiled himself by renouncing his homeland. He then permanently settled in Iona, Scotland where he founded multiple monasteries and became responsible for spreading Christianity in Scotland. In return, he became an influential political figure. Overall, his accomplishments in converting pagans to Christianity, the hoard of established monasteries in Ireland, Britain, and Scotland, and his practice of showing compassion to any person, deemed deserving or not, was what made Columba worthy of sainthood.