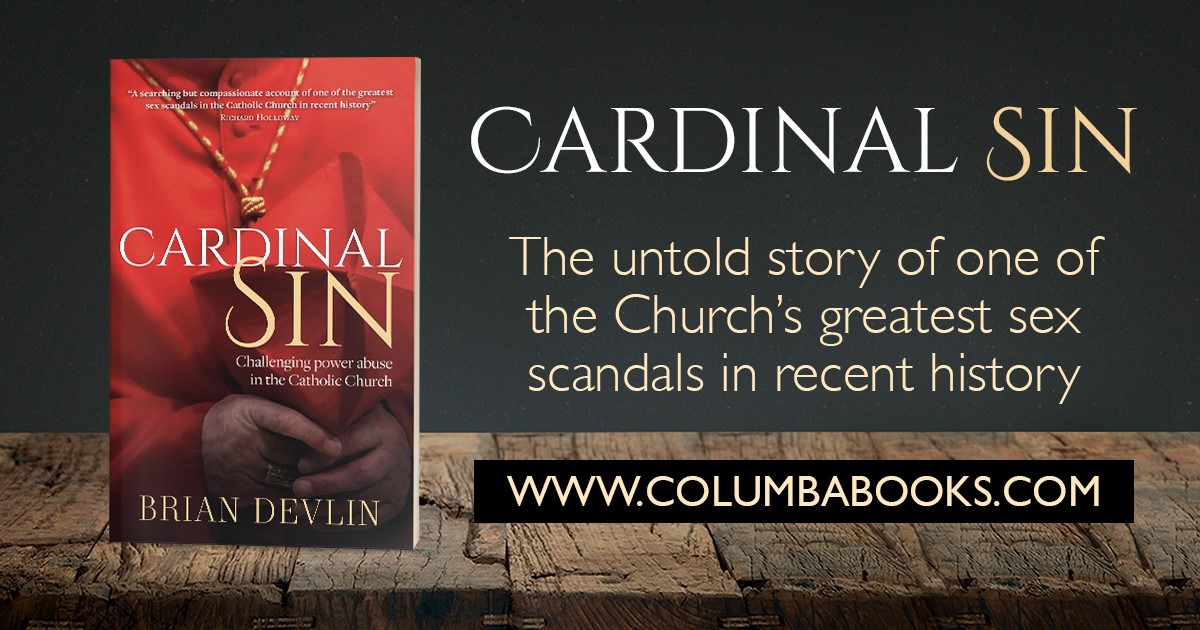 Author had no choice but to recall past

A book that explores the abuse of power in the Roman Catholic Church has been written by a life-long campaigner for justice.

Former priest Brian Devlin, from the Black Isle, has written Cardinal Sin: Challenging Power Abuse in the Catholic Church, exploring his personal, complex and often disturbing relationship between himself and church hierarchy.

Mr Devlin has been at the forefront of fighting injustice throughout his career – from the treatment of HIV patients in the 1980s, for adequate provision of care in the rural Highlands, to being part of those involved with forcing NHS Highland to face up to a bullying saga.

His book is reflective and highly personal, it was designed to be read in one or two sittings. It drives us not to think ‘poor soul’ more, what can we do to change this?

The author clearly wants his book to be a source of healing for the many people who were cast aside by the church.

To such ends, Mr Devlin offers a sense of vision to refocus the Roman Catholic Church and its hierarchical structure.

He records his experiences as a boy, from Fife, who overcame deafness to enter into a seminary to become a trainee priest, studying in Scotland.

He reflects on the fact that he put his faith in a power structure, and he entered into a life of celibacy as merely a boy without experience of the world, and sexual relationships.

What he found was a life that was privileged, but unprotected from predatory male behaviour.

Mr Devlin details as normal practice the “grooming” he underwent, ultimately naming his one-time spiritual adviser and mentor, and it would be fair to say, a close personal friend, Cardinal Keith O’Brien, as the perpetrator.

Mr Devlin accuses O’Brien – a bold step in its own right – detailing one single, life-changing incident and its aftermath.

His voice, gave voice to others.

Mr Devlin’s words are powerful and bruising, but he does not wavier in his telling of his story.

Mr Devlin felt voiceless for decades, it was when he spoke on social media that he, and many other men came forward to speak of what had happened.

What prevailed could never have been predicted – but exposed the Roman Catholic Church, for which it has since given an apology. But no one was censured at the time, or sacked.

O’Brien retired, and subsequently died a much-diminished man – but the church never stripped him of his high office. Something that jars with the author.

Yet it was in the 1980s, after only a few months in ministry, when Mr Devlin felt compelled to leave his own call to ministry in the Roman Catholic Church when O’Brien was named as his archbishop – as someone who would have significant control over his life and voice.

Mr Devlin gives an unfaltering gaze over his shocking experience – not for a story that begs for sympathy – but one that shouts for healing and reconciliation in the church, and wider community.

Without that understanding, and acknowledgement, Mr Devlin paints a very harsh future for the Roman Catholic Church.

Asked why he wrote the book, and whether he would be fearful of the consequences, he told the Courier: “It was not a choice for me in writing the book.

“We were a voiceless community of faithful men who were coerced into living a lie.

“There is no place for silence when there is injustice – but there is a place for reconciliation.”