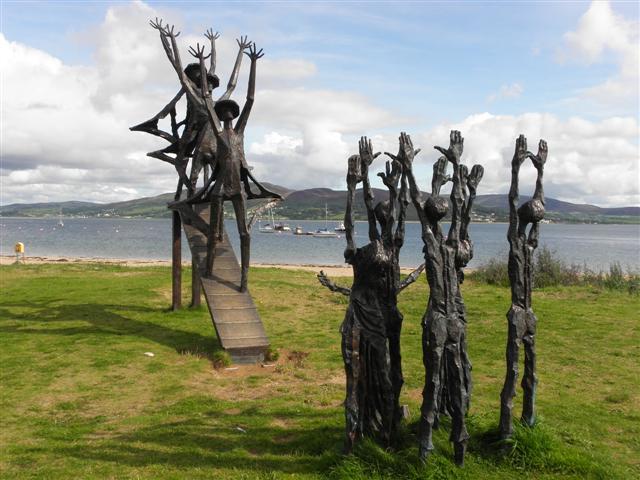 ‘That was a noble shipload, for it is certain that in modern times the sea has not poured forth from Ireland nor the wind wafted a shipload that would have proved finer or more illustrious, or nobler on grounds of ancestry, or better for deeds or bounty, valour and exploits, than they, had God permitted them to remain in their country till their children attained manhood.’

Thus the Annals of the Four Masters described what was later called the Flight of the Earls, one of the most significant and dramatic incidents in modern Irish history, which continues to have reverberations to this day on the island of Ireland. In the immediate aftermath of the Flight, the plantation of Ulster was set in motion, dispossessing the native Irish and replacing them with colonists largely of Scottish and Presbyterian origins, giving rise to a bitter sectarian divide in the province, which still remains after four hundred years.

On Friday, 14 September 1607, Hugh O’Neill, Earl of Tyrone, Rory O’Donnell, Earl of Tyrconnell and Cuchonnacht Maguire, Lord of Fermanagh, with their families and followers, took ship at Rathmullan in County Donegal and set sail from Lough Swilly for La Coruña in north-western Spain. In all there were ninety-nine persons on board, including a group of secular priests, Franciscan friars and young students.

Ten days earlier, on 4 September, a ship from France had arrived in Lough Swilly. The master of the ship was John Rath from Drogheda who had been sent by O’Neill to Spain about six months earlier to seek the King’s assistance. Three others arrived with him in Lough Swilly, Cuchonnacht Maguire, Matthew Tully and Donough O’Brien.

Cuchonnacht Maguire, Lord of Fermanagh was described by the Four Masters as ‘endowed with wisdom and beauty of person’ who could disguise himself so well that his closest friends could barely recognise him. It was probably about him that the story was recounted that a guest at a banquet queried why he did not sit at the head of the table. ‘Where Maguire sits,’ he replied, ‘is the head of the table.’ According to the English ambassador in Brussels, when Maguire heard of O’Neill’s summons to London, he went to Brittany where, disguising himself as a merchant, he hired a ship at Nantes with some fishing nets to give the impression he was going to fish off the coast of Ireland. He brought the ship to Dunkirk from where he sailed to Ireland.

Matthew Tully was O’Neill’s official representative at the Spanish court. He had spent many years in France and Spain where he had acquired a fluency in these languages. Donough O’Brien from Clare, a cousin of the Earl of Thomond, had also spent a long time on the Continent where he first went as a child.

O’Brien landed at night and went straight to the Earl of Tyrconnell to inform him of the ship’s arrival and he immediately sent the Franciscan, Owen Groome Magrath, with the message for O’Neill which he received at Slane on 6 September. He was there to meet Sir Arthur Chichester, the Viceroy of Ireland, to discuss the summons
he had received to go to England. King James had written to Chichester in July ordering that O’Neill present himself in London in late September or in the beginning of October. Chichester remarked that when O’Neill got the King’s summons, ‘He did lose his former cheerfulness and grew often exceeding pensive.’ And he had very good reason to be so. As he later informed the King of Spain, ‘The king of England summoned us to London with the intention of either beheading us or putting us in the Tower of London for life.’

At about midday on Friday, 14 September 1607, the passengers, to the number of ninety-nine, boarded the ship, and set sail for La Coruña in Spain.

The Flight of the Earls presented the government with just the pretext they needed to further their plans for Ulster. That December the Earls were ‘attainted by outlawry’ and adjudged to have forfeited their lands to the crown. Plans were drawn up to colonise Ulster and they were completed in 1610 with the establishment of the Plantation of Ulster. The Earls would have plenty of time in exile, particularly Hugh O’Neill, to reflect on the events which led them to take this momentous decision to leave Ireland. It appears that Rory O’Donnell had jumped the gun because he had lost a considerable amount of his territory and power since the settlement and he was not able to withstand Niall Garbh who was aspiring, with English backing, to be The O’Donnell. And Maguire’s position in Fermanagh was even worse. For both of these the prospect of a military career on the Continent was far more attractive than the fate that awaited them in Ulster. On the other hand, O’Neill had retained most of his earldom and the English administration were inclined to indulge him somewhat. But the decision was taken out of his hands by the sudden arrival of the ship. If he did not go, the English would assume that he remained behind to organise a rebellion while the others had gone to get Spanish help.

It would probably be of little consolation for him to have known that the English conquest of Ireland was inevitable and irreversible. The clash between Gaelic tribalism, ridden with its internecine rivalries, and a unified English bureaucratic machine, backed by superior military power, would prove to be a mis-match of enormous proportions. O’Neill’s decision to flee the country at most only accelerated that process. However, little did the fugitives suspect that they would never again return to Ulster and that that province would be ridden with deep sectarian division which still, after four hundred years, continues to defy the best efforts of the British and Irish governments to effect a reconciliation between the two communities. Some further exploration of the events leading up to the flight is needed to clarify O’Neill’s final
decision. 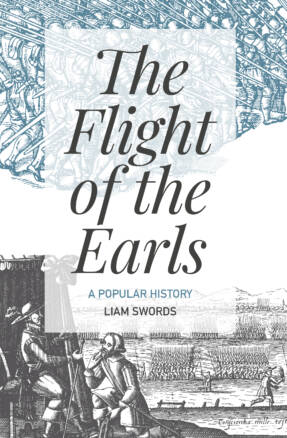 The Flight of the Earls: A Popular History by Liam Swords is available for pre-order here.