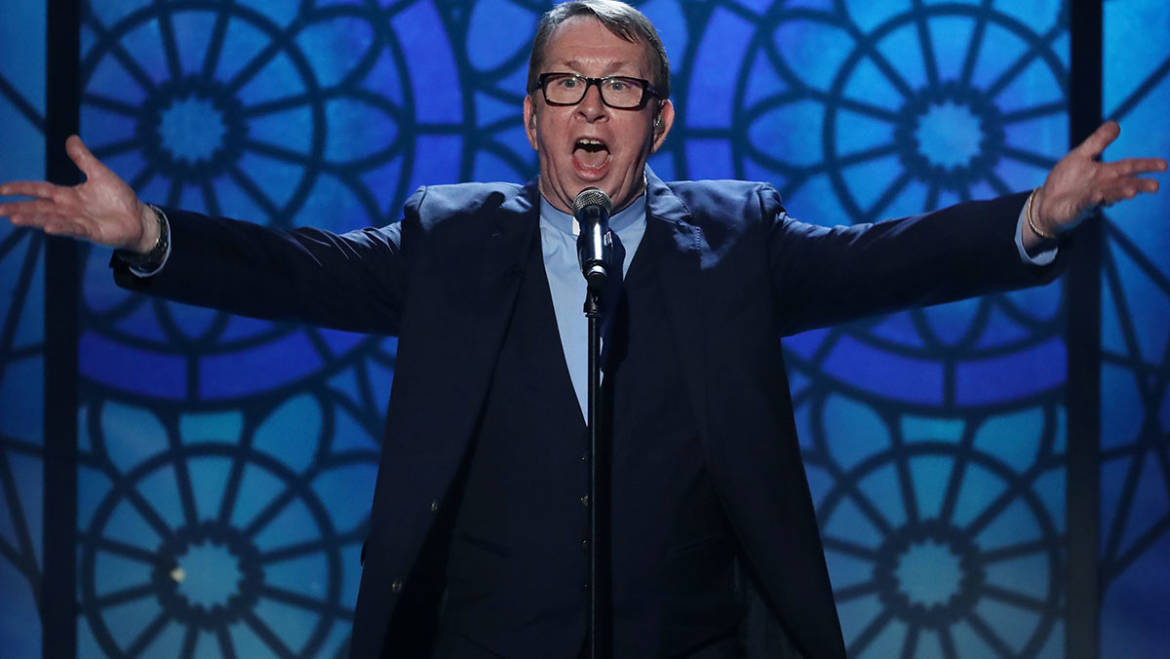 Dancing With The Stars Ireland is going to kick off in January and there have been some rumours swirling about the contestants for the latest installment. Only four names have officially been announced as of today, but there are a few well-known names being circulated.

One of these names is of none other than our author and the nation’s most well-known musical priest – Father Ray Kelly! The Irish Sun reports that he was seen arriving at the Liffey Trust Rehearsal rooms in Dublin where rehearsals for the show are taking place.

This morning, Ryan Tubridy on his RTÉ Radio 1 show (5-minute mark) mentioned the article and claimed watching a priest dancing would make ‘curious viewing’ for the audiences who may have never seen a priest as a contestant on a dancing reality show before! He exclaimed “Unless Father Ray was in the studio to administer last rites on a dancer who couldn’t make it through rehearsal, or was hearing Glenda Gilson’s last confession” he might just be a contestant!

Father Ray first shot to fame in 2014 when a video of him singing Leonard Cohen’s ‘Hallelujah’ at a lucky couple’s wedding went viral on YouTube. He then appeared on Britain’s Got Talent and received a standing ovation from judge Simon Cowell for his performance of R.E.M’s ‘Everybody Hurts’. He reached the semi-finals of the show and it was a real shock when he was voted out. By that time, he had earned a worldwide following and his loyal fans were disappointed not to see him win.

Father Ray has since released studio albums and gone on a cruise ship to Alaska where he performed with the likes of Nathan Carter and Daniel O’Donnell for delighted passengers. Columba Books has been very excited about publishing Father Ray’s memoirs. Celebrities love to publish their life stories but Father Ray is one celebrity who has had life experiences worth reading! Growing up in a small town in Ireland, to visiting Rome and discovering his vocational calling and giving up his day job to join a seminary, to then working in South Africa and coming back to become a diocesan priest, all makes for thrilling reading.

The fact that Father Kelly is someone who follows his heart is very clear. His immense singing talent was always hidden under his vestments but was only revealed to the world through the wonders of social media. He did not shy away then, but decided to pursue it wholeheartedly and share his gift with the world.

And now it seems the world is giving him another platform to showcase his talent – dancing LIVE on TV for millions watching and voting around the world!

If you would like to purchase Father Ray Kelly’s memoirs, visit this link.