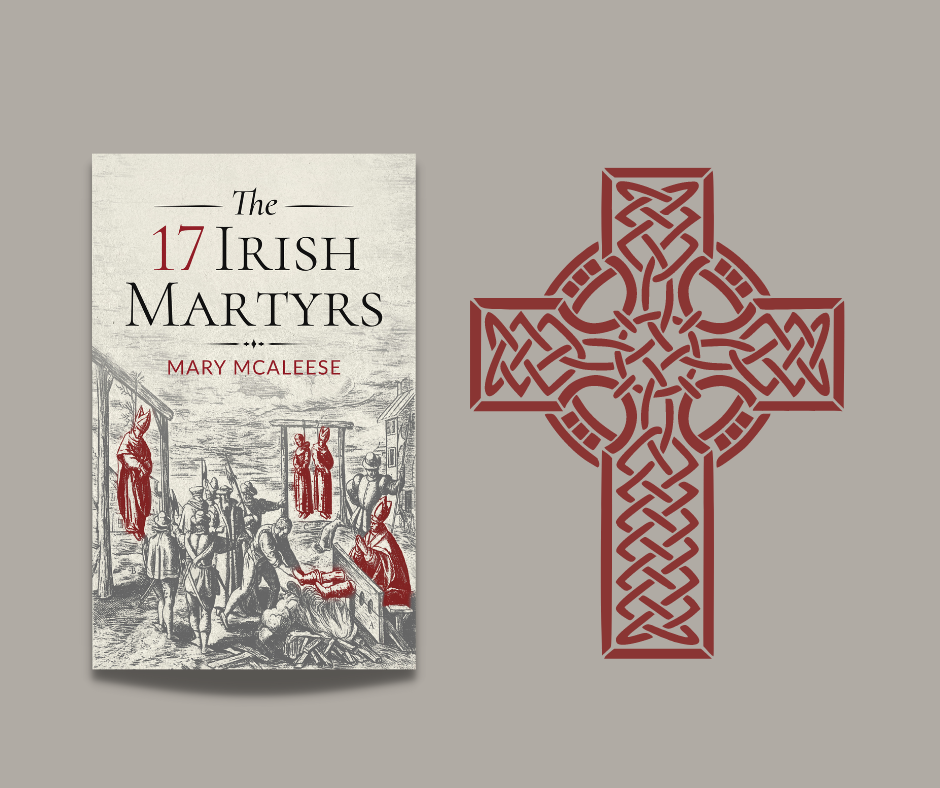 Witnesses to history: What the Irish martyrs died and lived for

On 27 September 1992, Pope John Paul II beatified sixteen Irishmen and one Irish woman. They are the 17 about whom sometime president of Ireland Dr Mary McAleese writes in her latest book.

Each one of them chose to die a martyr rather than deny their faith in the teaching of the Catholic Church. They lived during the 16th or 17th centuries, eras marked by fierce struggles on issues of religion and power. In Ireland the English government determined to impose both Protestantism and political conquest on the majority Catholic population. In the resultant turbulence, hundreds of thousands died: among them hundreds of men and women whom tradition remembered as dying purely for religious reasons.

By 1904 documentation existed of some 460 reputed martyrs. A tribunal was established to examine their case for sanctification. After examination, 257 cases were admitted for further examination by the Roman Sacred Congregation of Rites.

Over the years, some 80 researchers worked on the material, producing about 40,000 pages. The task seemed endless. In 1936, the Roman adviser, Fr Antonelli, suggested that they direct their attention to the strongest and best documented candidates.

In 1975 Dr Ryan, the Archbishop of Dublin, brought the work under the control of a special Diocesan Commission composed of a group of dedicated historical scholars. After years of work in the archives of the Continent and of Britain and Ireland, the evidence emerged for the 17 Irish people beatified by Pope John Paul II. Their stories are told here by Mary McAleese. Her work is based solidly on the extensive reports of the Diocesan Commission and is presented in a lively style with a historical imagination that captures the interest of the reader.

The author takes care to place each candidate in his/her historical context. This is done most fully in the case of the first candidate chosen, Patrick O’Haly, the first Irish bishop to die for the Faith in Ireland. The history of the English Protestant Reformation is outlined from Henry VIII to Queen Elizabeth, and the role of Spain as the main Catholic power to which Irish leaders looked for support.

O’Haly became an Observant Franciscan and while studying on the Continent sought aid from King Philip II of Spain for his friend James Fitzmaurice Fitzgerald, who was planning an invasion of Ireland. Fitzmaurice landed with a small force, was soon killed himself, and his venture failed. O’Haly sought aid for Fitzmaurice but took no part himself in any armed undertaking.

Appointed bishop of Mayo by the Pope, however, O’Haly did return and eventually, accompanied by a fellow Franciscan, Conn O’Rourke, was captured near the strong garrison town of Kilmallock, Co. Limerick. Both men refused inducements to give up their religion in return for their lives and preferments, were savagely tortured, and then hanged-drawn-and-quartered. Subsequently, their bodies were left hanging for several days open to the mockery of government supporters.

Each of the martyrs were distinctive personalities with their own special histories. They were composed of two bishops, an archbishop, a number of men from religious orders, mainly priests, and six lay people. The lay persons included four from Wexford – a baker, Matthew Lambert, and three seamen, Patrick Cavanagh, Edward Cheevers and Richard Meyler. Their crime was that they gave shelter and assistance to a priest on the run who sought to escape to the Continent.

Refusing to deny their faith, they were hanged, drawn, and quartered. The remaining lay victims died in prison for their religious beliefs, refusing all inducements to accept the queen as head of the Church. They were from Dublin: Francis Taylor, a prominent citizen and former lord mayor, and Mrs Margaret Ball, also a prominent citizen, who had two sons who became lord mayors of the city. One of the sons became a very bitter anti-Catholic Protestant. He had his own mother imprisoned and left her to languish in penury and primitive conditions until she died.

The book has a helpful introduction which explains the significance and role of martyrdom in Ireland and gives the history of research into the Irish martyrs from 1904 to the beatification of the 17 in 1992. The work on the remaining candidates continues.

There are some generalisations about the Irish people and their religious adherence which are discomforting to a historian, particularly the less than accurate comparison of the English population’s embracing of the new state religion unlike the “devoutly defiant” Irish, who were “made of different stuff”.

The book is attractively presented. Almost inevitably, with so much historical material, there is the occasional omission in proof reading, but such minor blemishes do not take from the power and relevance of the story of these Irish martyrs.

Their relevance may seem remote to many in the present-day Irish Republic, but at the present time thousands of people around the world are still dying because of persecution for their religious beliefs, and the echoes of the religious wars of the 16th and 17th centuries still resound in the northern section of our country, as well as in the Middle East and Asia.

A distinctive mark of the martyrs was their unconditional forgiveness of their persecutors. A true test of our Christian identity today, as the author observes, is to find loving forgiveness of past enemies, “to forgive the history we inherited and to build a new history where Christians do in fact love one another no matter what and in spite of everything”.

The 17 Irish Martyrs by Mary McAleese is available for purchase here.