Sharing meals and the introduction of cutlery! 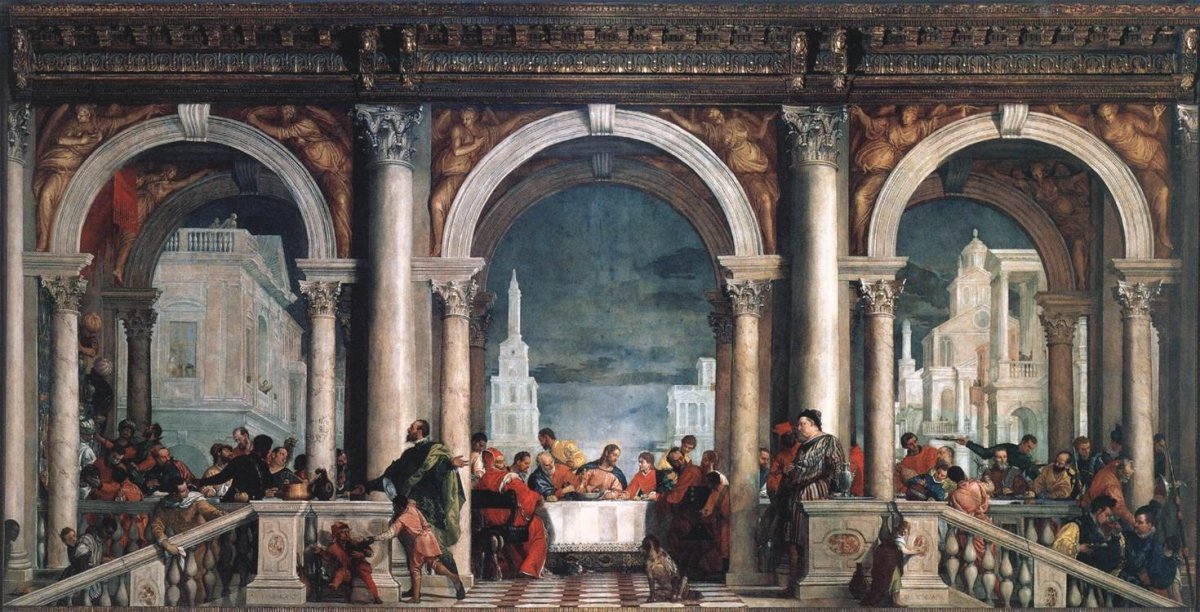 Let us fast, then – whenever we see fit, and as strenuously as
we should. But having gotten that exercise out of the way,
let us eat. Festally, first of all, for life without occasions is
not worth living. But ferially, too, for life is so much more
than occasions, and its grand ordinariness must never go unsavoured.
But both ways let us eat with a glad good will, and
with a conscience formed by considerations of excellence.

The custom of small portions in large numbers taken by the hand was standard in the early centuries before the knife and fork setting arrived and changed eating habits forever. Historical evidence for the introduction of the fork was not easy to establish and relied on contributions from art history as well as recipe books, but it seems that in the sophisticated surroundings of Byzantine Court life in the tenth-century small gilt ones began to be used to pick up sweetmeats. These forks were known in Greece for some centuries before arriving in Italy, where a French traveller noticed them admiringly at a ducal banquet in Venice in 1518.

At a session of the Inquisition Tribunal in Venice in 1573, the painter Paolo Veronese was questioned about a large painting, over four metres wide and nearly two high, a representation of the Last Supper commissioned for their refectory by the monks of SS Giovanni e Paulo in the city. As it was so large he had been able to include many figures including local notables, and as the Inquisitors put it: ‘buffoons, drunkards, Germans, dwarfs and other scurrilities’. It also included the monk who had paid him not enough for the picture. He is placed under the left arch, with knife and fork and napkin and ready to dine. All of these surround Christ and his apostles shown in the format typically used for the Last Supper, but St Peter seated beside Christ is engaged in carving a piece of meat. When asked what a figure to the right of Christ was doing he replied that he was cleaning his teeth with a toothpick (piron). To the Inquisitors, the painting presented this sacred event in a decidedly worldly mode; they felt it was copying the practice obtaining in places infected with heresy, such as Germany, to mock the sacred rites of the Catholic Church.9 In fact, despite the terms of his commission, Veronese had never called it a Last Supper, and when asked what the picture actually was he replied that it was a painting of Christ and his disciples in the house of Simon, though he later changed it to the Banquet in the House of Levi, its present title.

The instinct of these officials was that the commensality he portrayed, involving so many ‘vulgarities’ such as the toothpick and the fork, was completely unacceptable in a sacred context. Whether his contemporaries shared this dissociation between the sacred and the ‘modern’ or simply retained traditional ways is not clear but, in any case, until after 1800 and the transition from the great banqueting tradition to the more intimate suppers, already noted, most northern Europeans continued to eat with fingers
and knives, or spoons and large slabs of bread called trenchers on which individual servings were placed. At a formal banquet in Russia in 1606, a Bavarian guest found that there was neither spoon nor plate provided.