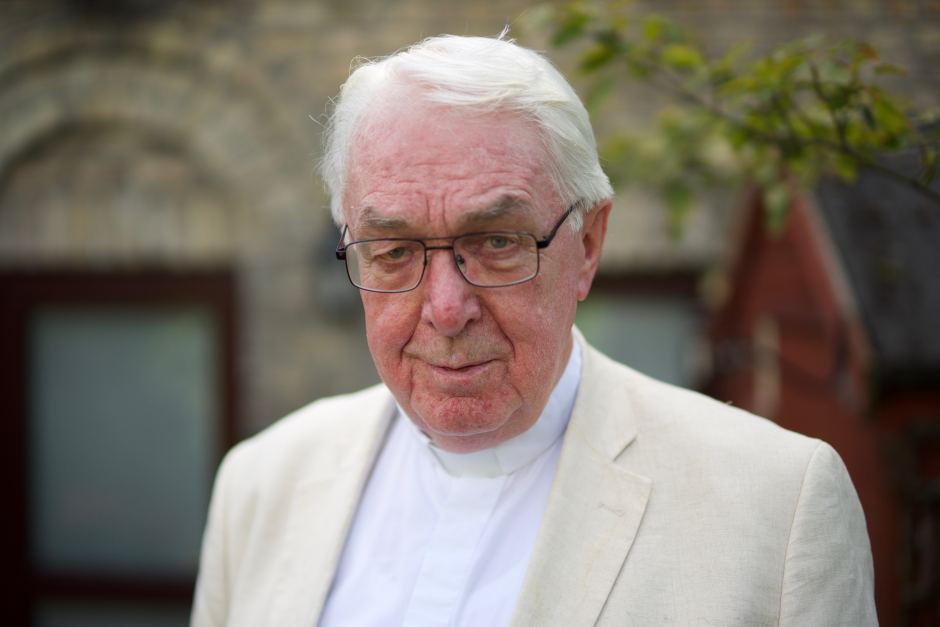 Reading this delightful collection, the word that repeatedly came to mind was the Latin for ‘wisdom’, sapientia, in its original meaning of ‘sweet knowledge’, knowledge to be savoured.

As the editor Vincent Twomey notes, Thomas Finan’s primary draw was towards the sublime or mystical, his primal instinct was poetic. The 1st-century author Longinus defined the sublime as “a certain elevation and distinction in the writing”, a quality which derives not so much from style as the interior intensity of great thought and strong emotion.

This volume is sublime in thought, emotion and style. A gentle enthusiasm fills its pages, indicating that its author was dealing with affairs not only of the intellect but also of the heart.

Prof. Thomas Finan (1931-2012) was a priest of the Diocese of Killala. He was Professor of Classics in Maynooth from 1959 to his retirement in 1996. A survey of the contents of this volume indicates the vast range of his expertise. Part I deals with academic topics, ranging impressively from Antiquity through to the Renaissance, with sections on St Augustine, Early Irish Christian Literature and Dante.

Part II, ‘Occasional Essays’, consists for the most part of what are entitled ‘Controversial Essays’, among which are Fr Finan’s studied reflections on catechetics, mortal sin, the future of Maynooth and the new liturgy.

The section on Antiquity includes perceptive studies on Homer, Greek tragedy, and Gilgamesh. The author deals in two essays with the relationship between Greek thought and Christianity. He expounds in detail the parallels between Socrates (“best, wisest and most just of all the men of his time”) and Christ. Not only Greek philosophy, but also Greek tragedy foreshadowed Christ’s passion, the tragedies of Sophocles leading to Gethsemane and Golgotha.

Finan’s earliest passion was St Augustine (354-430). The four essays included convey a deep learning that is imbued with a passion to match that of the African bishop. He later became fascinated with St Thomas More (1478-1535). Four essays on More and three on his contemporary Erasmus are included.

Readers interested in Irish culture will be delighted by the essay ‘Hiberno-Latin Christian Literature’. Written Irish literature began with St Patrick, who himself became – avant la lettre – more Irish than the Irish themselves. Of his British opponents he remarked: “To them it is annoying and unbecoming that we should be the Irishry!”

In an essay entitled ‘The Burning of the Books’, written in 1972 in response to the introduction of the vernacular into the liturgy, Fr Finan turns his linguistic skills to good use; he was not impressed: “There is too high an incidence of flattening out, levelling down, summarising paraphrase rather than translation…and sometimes just bad writing by any standards.”

It would be interesting to know how he would judge recent revisions of the English translation.

The volume is completed with insightful review essays on art and literature, two meditative homilies, and an evocative recollection of the author’s schooldays, published here for the first time.

The editor of the volume Vincent Twomey writes: “Thomas Finan was a humanist, more precisely a Christian humanist.” This volume is a worthy monument not only to his personal legacy, but a valuable compendium of that entire tradition.

Readers will find it sublime in thought, emotion and style.

Fran O’Rourke, Emeritus Professor of Philosophy at University College Dublin, is completing a book on James Joyce, Aristotle, and Aquinas.

An insight from Thomas Finan

“The Christian knows that God has become man, and has assumed the limitations of man’s own existence in time and the world. Time and eternity, this life and the next, do not merely co-exist. Eternity has been inserted into time. The next life has been ingrafted in this.

“The next life begins by grace in this world. Death is not a break in continuity. It is a raising up to glory, a transfiguration of the life that is already in the Christian. But that life must be cultivated here. For time is the anvil on which the Christian forges his eternity. Death is the point of intersection of the two worlds.

“But as such it is only the supreme among a lifelong succession of crucial points. For at every moment the Christian lives and acts in two worlds. Every moment incarnates a value in eternity.”