The wonders of Saint Brigid 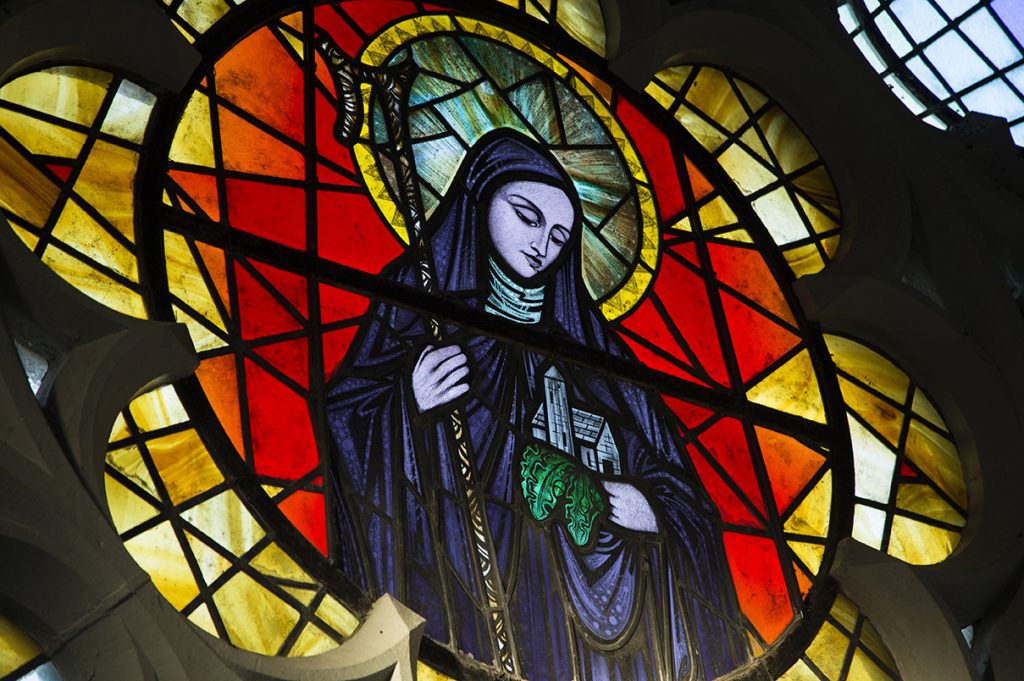 Saint Brigid of Kildare is the patroness and mother saint of Ireland. Her name means ‘exalted one’ and her feast day on the first of February marks the beginning of spring. Much of her life is unknown, but for many in Ireland, our childhoods are littered with rituals associated with her, from making St Brigid’s crosses out of rushes at national school to leaving a cloth out on the washing line so that she would bless it. 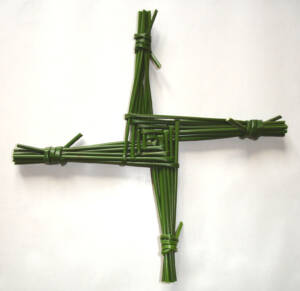 Known for her generosity to the poor, turning water into beer and healing young girls of muteness, the list of miracles associated with her are fascinating. And as if we needed any more reason to revere her, a new public holiday beginning in 2023 will be held on her feast day every year hence. To celebrate Saint Brigid this spring, Columba Books is delving into what made her so special and why she is so associated with Irish identity and tradition.

St Brigid, despite having ‘of Kildare’ attached to her name, hailed in fact, from Co. Louth. She founded a convent in Kildare and became God’s representative in that part of the country. Brigid was said to have represented fire in old Irish tradition and legend has it that a fire was burned for over a thousand years in her convent to honour her. 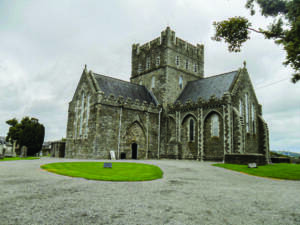 So important is she in Irish culture that her cross formed the basis for the original RTÉ logo and oftentimes a name for an older woman in Ireland is ‘Biddy’ a diminutive of the name Brigid. Brigid is venerated all over Europe, from Britain to Italy and elsewhere. Even today, many women look to Brigid to for inspiration and aid.

Visiting the important holy wells associated with Saint Brigid are rumoured to heal the sick and promote fertility. Dotted around the country, the spiritual wells are sacred places that bridge a path from the present to the past and a time where Saint Brigid enriched all around her. 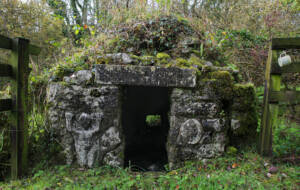 Similar to her crosses many people often make Brideóg dolls. Also made out of rushes, these dolls literally meaning ‘little Brigids’ are small handmade dolls that sometimes include the faces of loved ones or locals cut out from pieces of newspaper or handmade and stuck on at the head. Outside of Ireland the dolls are often made from straw and decorated with flowers on their dresses. Traditionally Brideóg dolls were said to represent Brigid and were taken through different villages on the first of February with songs being sung once they entered a home. Nowadays though, people hang them in their houses next to their Saint Brigid’s crosses over doorways to protect the house from danger and fire. 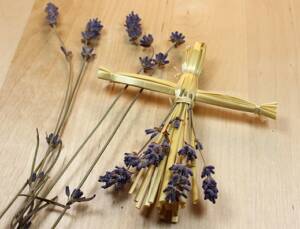 Saint Brigid oftentimes seems like a saint that someone from the countryside would feel more of a connection to rather than Saint Patrick whose feast day is a grand extravagant parade in the big towns and cities. Saint Brigid’s Day is more parochial and personal. The first of February is a day that invites us to look forward to the brighter evenings of the summertime and to the rebirth of life in spring. The feast day of Saint Brigid is a special day to spend time with the women in our families and appreciate the gentle awakening of nature.

Here are some of the best books that Columba has to offer that will inspire you to learn more about Ireland’s most important native saint and why she is so interesting: 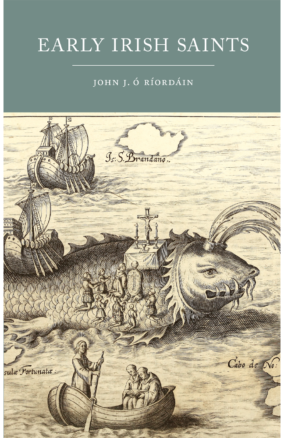 These short popular essays on fourteen well-known and well-loved early Irish saints present a very readable and informative amalgam of often scarce historical fact and much folklore and legend from the tradition of the people. Fr Ó Ríordáin introduces the book with an overview of the sources for information on these saints which includes a most informative and helpful commentary on what the authors of the early Lives of the saints saw as their function – something very different from the function of a modern-day biographer.

The result is a series of very lively pen-pictures which reverberate with the traditional faith and insights of the people who kept these stories alive for over a millennium. The saints include Patrick, Brigid, Colmcille, Enda, Brendan the Navigator, Ciarán of Clonmacnoise and many more. 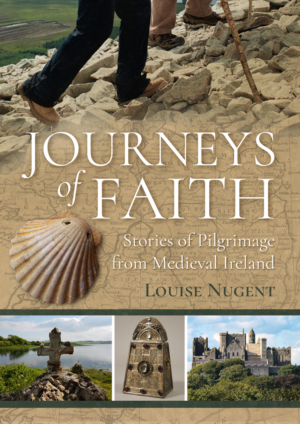 Pilgrimage has long held a special place in the hearts of Irish people. In medieval times it was one of the most popular forms of personal devotion, and was practiced by men, women and children from all social classes. Journeys of Faith combines historical sources and archaeological evidence to explore the stories of Irish pilgrims who embarked on these remarkable pilgrimages stretching from Ireland to Jerusalem between the seventh century and the reformation.

“Richly illustrated and full of exciting new insights, this scholarly yet accessible book is a must for anyone with an interest in the age-old practice of pilgrimage. “

The Celtic Spirit and Literature 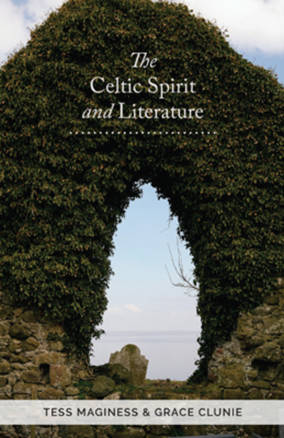 The Celtic Spirit and Literature offers a lively and thoughtful introduction to the rich and complex world of Celtic Spirit, past, present and to come. It explores how over many centuries up to the present day.

This book considers how the Celtic Spirit can still operate in our lives, enabling us to be a welcoming people, respectful of the gifts of nature, and imaginatively open to ‘otherworlds’ and the worlds of others. By tracing the emergence of Celtic culture and defining what is meant by the Celtic Spirit, chapters focus on the myriad aspects of Celtic spirit in relation to nature, creative living, concepts of hospitality and love of place. Interlaced with essays tracing the literary manifestations of the Celtic spirit from early forms such as lyric poetry, epic tales and adventures to the magnificent work produced as a result of the confluence of the Celtic and the Christian.

In Search of the Awesome Mystery 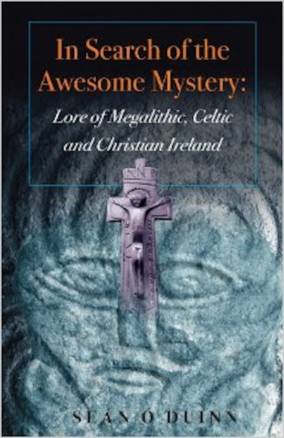 A masterly overview of the stories, places, images, traditions and continuing practices spanning religious living in Ireland from the earliest times.

In Search of the Awesome Mystery contains explorations of the early megalithic sites like Brú na Bóinne, the enchanted lake of Loch Gur, midsummer fires at St John’s Eve.

Filled with fascinating insights into the mindset and attitudes of the people of Ireland from long before Celtic  spirituality came on the scene until the present day where remnants and survivals of those earlier times can still be discerned among the people.