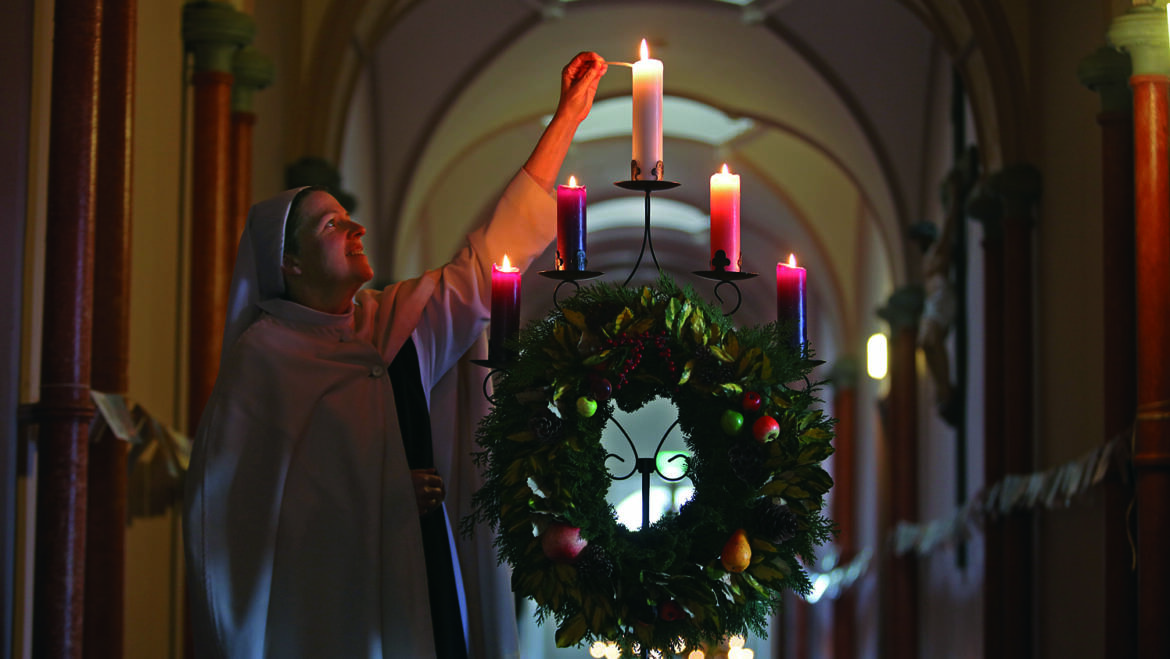 A Year in the Life: Glencairn Abbey 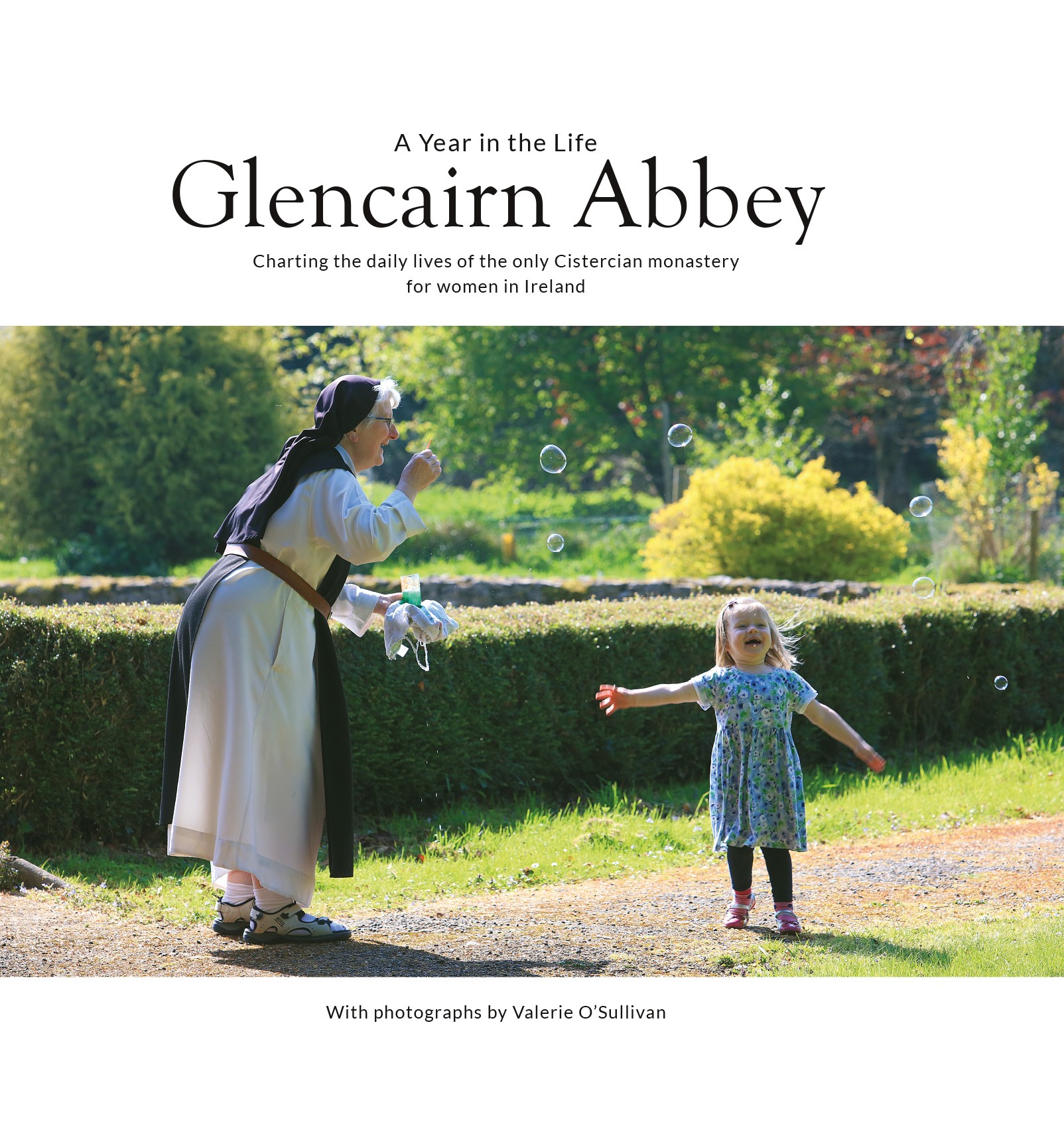 In her first photography collection with Columba Books, the talented Valerie O’Sullivan shot Glencairn Abbey, the only Cistercian monastery in Ireland for women. She aimed to capture the nuns’ daily lives over the course of a year.

O’Sullivan provides fascinating insight into the strict Cistercian life, from the non-negotiable wakeup at 3:50 every morning for first prayer, to the efforts it takes to set up the rituals, to the housekeeping the nuns undergo by themselves, such as solar panel cleaning or abbey reparations. While some of the photos are simply informative- those in the office, for example, show the Sisters printing and sending Christmas cards- some are purely awe-inspiring.One beautiful picture depicts the early morning ritual of Lectio Divina, the early light of the sun juxtaposed with the lamplight in the old-fashioned library.

Divided into seasons, the photographs are interspersed with personal stories of the nuns’ vocations. These inspiring passages add a layer of humanity to the people that are being depicted throughout the year. The pictures also get a nice glimpse at the beautiful nature surrounding Glencairn Abbey; the streams, farms, and hills.

A Year in the Life: Glencairn Abbey is a great portrayal of both monastic life and life in a historical building. With firsthand stories from nuns and interesting descriptions of their day to day activities and preparations, this book is an excellent choice for those intrigued by monastic culture.

A Flavour of Kylemore Abbey 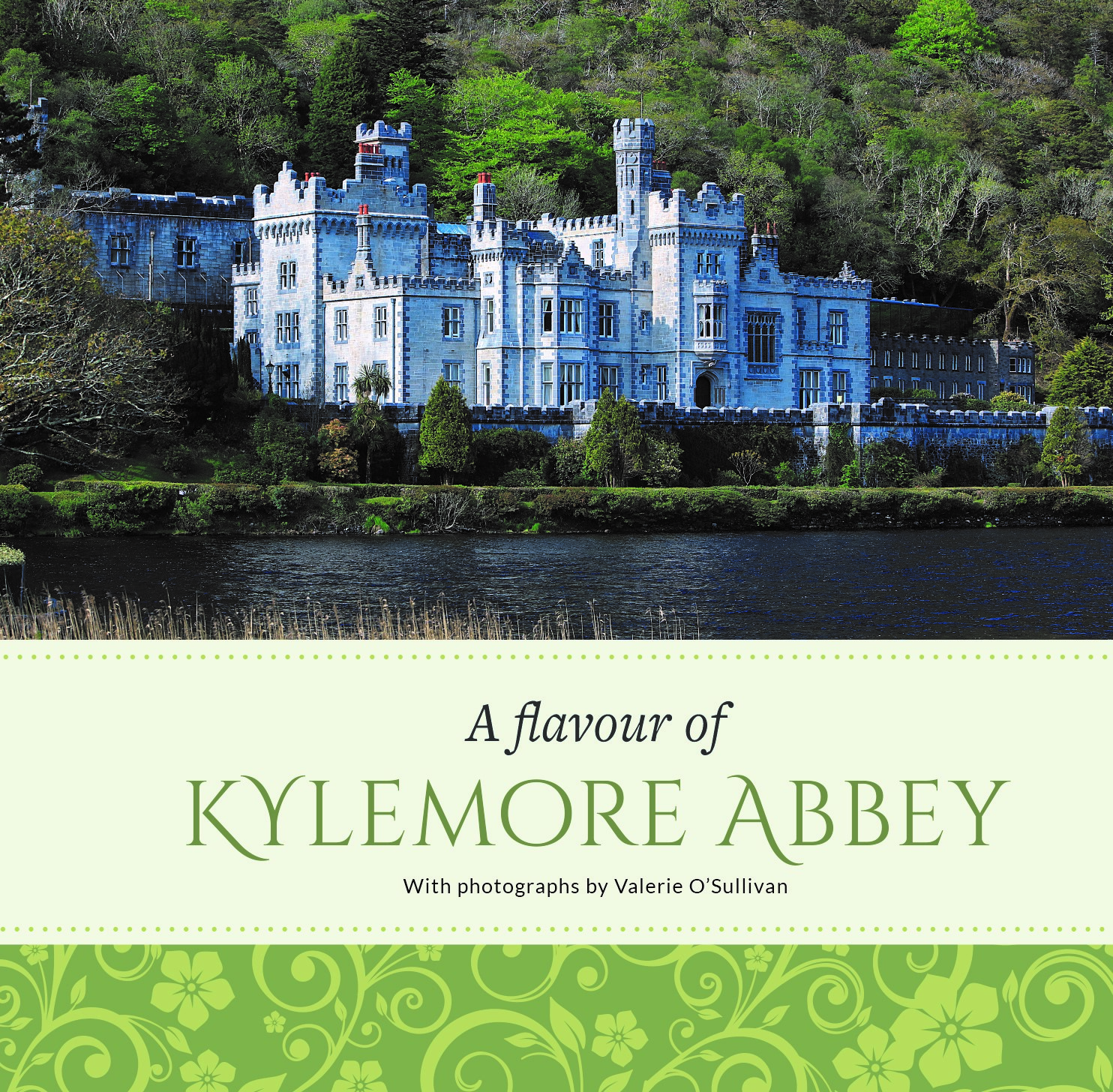 Kylemore Abbey is well known for its iconic façade and beautiful surroundings, and Valerie O’Sullivan captures both the stunning exterior and rustic interior of the gorgeous building in A Flavour of Kylemore Abbey.

However, the meat and potatoes of the book (so to speak) is the nearly 90 pages of classic recipes straight from the Benedictine community of Kylemore Abbey that follows the landscape photography. Divided into savory and sweet foods, the pictures of the nuns’ creations will leave your mouth watering.

The recipes consist of a combination of both classical Irish dishes (beef stew, seafood) with some more out-of-the-box ideas (Cajun chicken wraps, raspberry chocolate cheesecake). A special Christmas-themed section at the back of the book offers some great suggestions for holiday treats for the whole family!

A Flavour of Kylemore Abbey is a great selection for cooks both untrained and experienced, as well as a beautiful look into Benedictine culture. 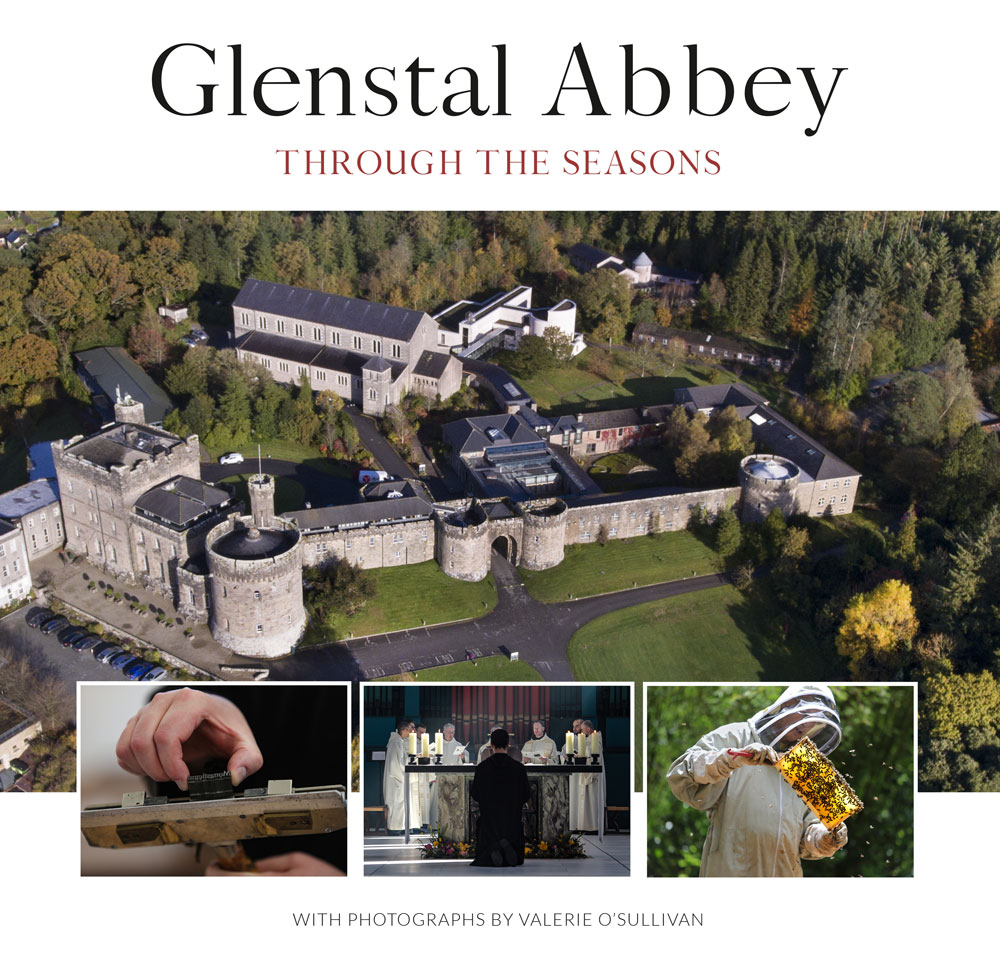 After her successful ventures into the abbeys at Glencairn Abbey and Kylemore Abbey, Valerie O’Sullivan sought to expand her horizons by covering male Benedictine life in her book Glenstal Abbey: Through the Seasons, a spiritual successor to her Glencairn work.

Combining coverage of both the school and the monastery, Valerie takes the reader on a visual journey through Glenstal Abbey as a whole, dividing the book into both the physical seasons and the seasons of the liturgical year.

Valerie captures the lives of the monks at the abbey, and portrays the everyday tasks they undergo. And some of the details may surprise you!

For example, Fr Simon Sleeman, a monk at Glenstal Abbey, has the lucky job of taking care of the abbey’s bee population, where wax is harvested to make handmade candles!

While the pictures are wonderful, the book is brought to life by the different sections. Following in the spirit of A Flavour of Kylemore Abbey, Brother Padraig supplies a recipe for his famous (large) Christmas pudding. In addition, we meet other workers such as the librarian, the woodsman, and the guestmaster.

Glenstal Abbey is a great window into the monastic life, and it is highly recommended.