Pat Collins: An Interview on Exorcisms 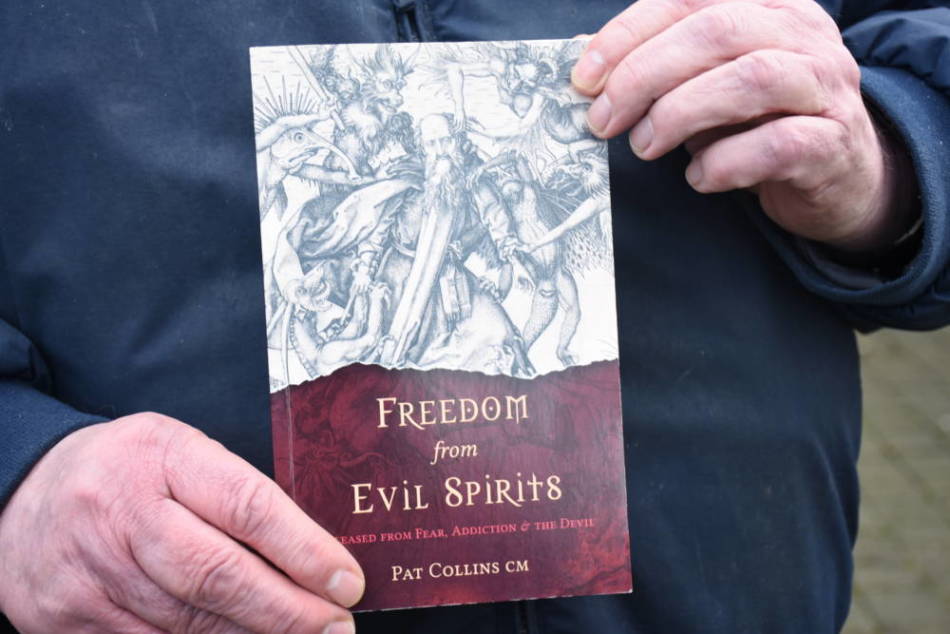 One of our best selling books since January is Freedom from Evil Spirits by Fr Pat Collins, which details the ways in which we can free ourselves from fear, addiction, and oppressive evil spirits. As an exorcist, Fr Pat Collins has dealt with many different types of evils and explains in this book the many ways in which exorcisms can help your situation, just as they are sometimes not the right option.

Modern-day exorcisms are not something you expect to hear about that often. However, in the social-media era, we are witnessing a rise in the number of people claiming to be possessed by the devil or have evil spirits inside them. In 2014 the Vatican officially recognised the International Association of Exorcists, and since this time the number of people claiming to be possessed has continued to rise dramatically. So why are people so fascinated with exorcisms? What is it about modern-day life that is making so many more people feel like they have evil inside them? We caught up with Fr Pat Collins to talk about his success and ask him some questions about his book…

Why do you think exorcisms have become more appreciated in recent years and there has been so much interest in your book?

Pat Collins: To cope with the pace and pressure of modern life can be very demanding and stressful. As a result, many people struggle with all sorts of mental health issues. At the same time an increasing percentage of them, whether church-going or not, suspect that in some cases there may also be a spiritual dimension to their problems. They can feel oppressed and obsessed with what they think are evil spirits. As a result, they look not only for relevant information about the topic but also for practical ways of breaking free. Freedom from Evil Spirits was designed to help those who are struggling with issues like these in practical ways.

Have you received much attention in regards to your book since its release?

Pat Collins: The publication of the book has stimulated a great deal of public interest. For example, when I appeared on the Late Late Show in Feb 2019 a short extract of the interview was posted on Youtube. Since then it has received over 30,000 hits. As a result, not only have there been a number of press and magazine articles about my involvement with exorcism, I have done numerous interviews on radio and TV, not only in Ireland but also in the United States. As I feared, all the publicity has meant that I have been inundated with requests from people all over the country. Typically they plead for my help with suspected cases of spiritual oppression. One cause for hope is the fact that I have also noticed how a number of bishops have begun to appoint trained priests to act as exorcists. I have also received official invitations from a number of dioceses in Ireland and Britain to talk about the ministry of deliverance to both clergy and laypeople.

Exorcisms can be quite a controversial topic; what would you say in response to those who have a very negative opinion on exorcism and say they are nothing more than a witch-hunt?

Pat Collins: In our increasingly secularized world, a growing number of people deny the existence of a supernatural realm. As a result, they try to explain all forms of mental distress in purely human terms, e.g., of a psychological or sociological kind. For those of us who espouse a supernatural world view, we believe it’s possible in some cases, that besides having human causes, some of the distress that afflicts people can only be explained in spiritual terms such as oppression by evil spirits. In my experience, those who are oppressed don’t bother much about theoretical issues. When the human sciences have failed them, distraught people sometimes have recourse to members of the Church in the hope that they will be able to help them. There is a great deal of empirical evidence to show that exorcists can, and do deliver people from what is afflicting them. Surely the proof of the pudding is in the eating.