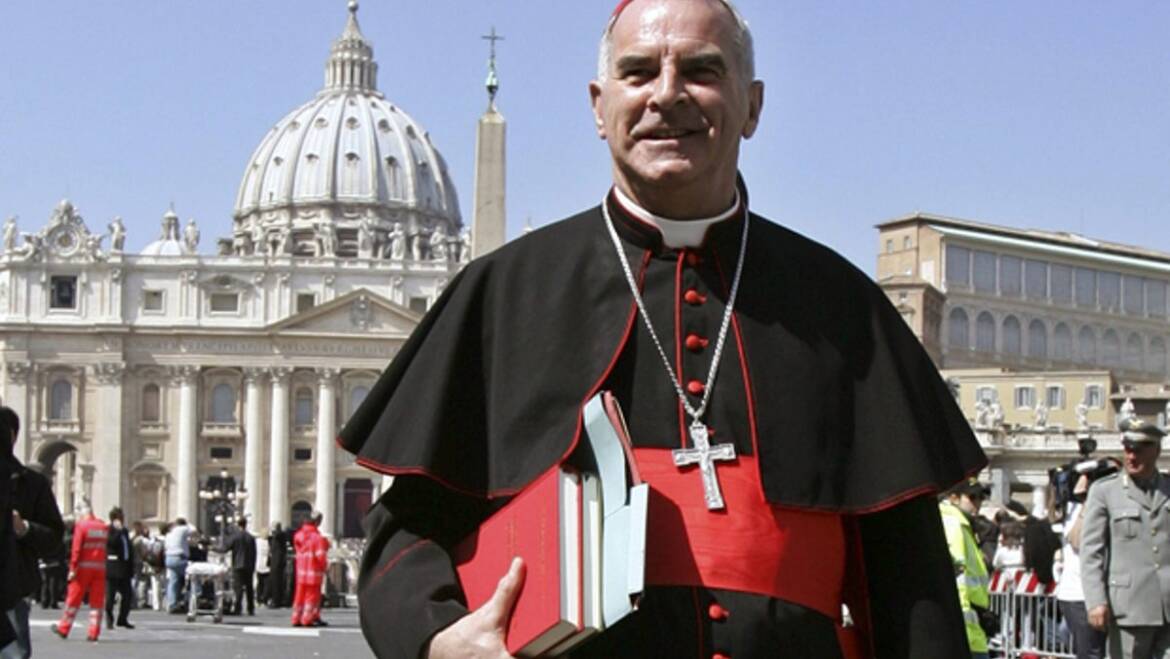 At college nearly forty years ago, one of the lecturers spoke often about ‘authenticity’ – the faithfulness not only to a call, but also to oneself, no matter what. Without such authenticity, the call could never be properly – nor adequately – answered.

The college was called Drygrange and it was there that I first met Brian Devlin, a young man with shockingly black hair, an infectious smile and an air of deep gentleness. Many years later, greyer now but with the same smile and gentleness, Brian would reveal himself to be one of the four men who had made allegations of inappropriate behaviour against the late Cardinal Keith O’Brien, his spiritual director at Drygrange.

In his book ‘Cardinal Sin’ Brian relates the events which occurred at Drygrange, describing the college as “not a holy place”. One particular encounter with Keith O’Brien which he describes in the book was to set his life – and the lives of others – on a course he could never have envisaged.

Ordained a Catholic Priest in 1985, Brian soon realised his dreams – for which he had worked long and hard – were about to come crashing down around him, with enormous fall-out for those nearest to him. Leaving the priesthood, he would soon discover that “the brotherhood of the priesthood” could – and did – shun and exclude,  just as powerfully as it had once included and embraced; where once doors had opened, they were now very firmly slammed shut.

Trying to move his life forward, Brian worked with people with addiction issues, with HIV, and eventually moving to the north of Scotland and working within a Health Board.

Many years later, Brian would discover that other men were reporting similar inappropriate encounters with Keith O’Brien.

Brian and three others – still serving priests – then set in action a train of events which would challenge the hypocrisy and silence of the Catholic Church. Finding their attempts at due process within the Church thwarted at every turn, they executed “the nuclear option” – they placed their story in the public forum.

As everyone in Scotland – and well beyond – now knows, this led to a spectacular and ignominious fall from grace for Cardinal Keith O’Brien, who was by far the most senior and well-known “face of Catholicism” in Scotland. After an initial denial, the Cardinal quickly decided “to take this opportunity to admit that there have been times that my sexual conduct has fallen below the standards expected of me as a priest, archbishop and cardinal.”

In the book, Brian would comment here on feeling “consumed with the sheer wastefulness of it all.”

The purpose of writing the book is not to dredge up old dirt, nor to cast the Church in a light anywhere near as dark as that which it had cast upon itself through its own actions and omissions.

Rather, the intention was one of “minding” – of caring enough to look at what went wrong and to ask how it could have happened; of trying to find ways to fix the problems uncovered along the way; and of making sure it could not happen again. Brian describes the process as “seeking redemption for a broken Church”.

In doing so, he looks at various particular issues for a present-day “church of frailties” – issues which threaten to corrupt her mission, to “poison the well” for the hierarchy and laity alike. Only when this is done can the true “healing” begin. And it is only then that the Church can – finally – begin to have any hope of regaining some of the authenticity which has been lost, discarded over recent decades, especially within the upper reaches of the Catholic hierarchy.

At college all those years ago, we thought ‘authenticity’ applied only to the individual. Brian Devlin’s book shows very clearly that such authenticity applies even more so to the institution of which the individual seeks to be a part.

This is a deeply personal and revealing memoir, no doubt one which was very hard to write at various different levels – but a necessary book, all the same. It makes for difficult reading, especially for Catholics and for priests and bishops too, I’m sure. But the story needs to be read and considered.

The core message of Brian Devlin’s well-written and highly recommended work is that within the Church, silence and denial are deeply destructive.

Conversely, as the Gospel notes, “the truth will set you free”.