‘Living the Mystery’ reviewed in The Irish Catholic 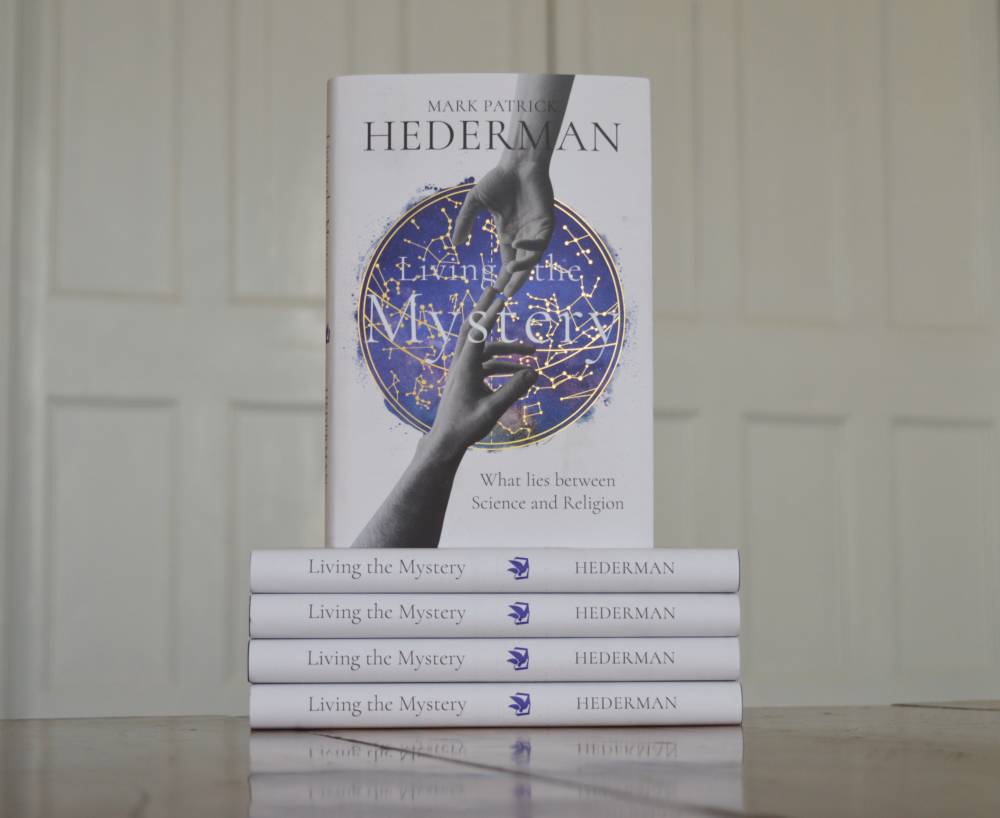 Living the Mystery: What lies between Science and Religion by Mark Patrick Hederman (Columba Books, €19.99) reviewed by Christopher Moriarty.

This book is a heartfelt plea from its erudite author who has spent more than 50 years of his life as a Benedictine monk. As a devoted man of religion, he celebrates the value of faith and, as a person who enjoys the physical wellbeing that the achievements of science have brought to humanity, he rejoices in the success of its discipline.

But he is keenly aware of a void in human understanding – and especially in our system of education which permits it. What has been omitted from our culture in recent centuries is the ancient knowledge embodied in the mythical. Mark Patrick Hederman argues forcefully that myths play an essential part in our understanding of the universe and of ourselves as a significant sector of it.

In addressing his theme the author wanders far and wide to illustrate a multiplicity of significant points. This makes for a most delightful book which introduces – or re-introduces – the reader to a panoply of poets, philosophers, artists and divines with extensive quotations from many.

Amongst Irish writers he brings in Yeats, Joyce, Seamus Heaney and John Moriarty. The film director David Lean comes in for honourable mention as does the philosophy of poet Rainer Maria Rilke and there are many others.

Besides extracts of the works of so many luminaries, there are many very memorable and inspiring statements by the author himself. Here is one example: “We alone of all the inhabitants of the Earth are capable of praise. Our task as human beings is to achieve the balance between the gravity of the Earth and the openness to the Spirit: the space between the within and the without. To live the ‘outside’, to allow its breath to seep through us so that we become its sound-box – this is what the Earth is asking of us.”

Religion in a narrow sense is based on doctrine and science, equally narrowly, uses observation and experiment of the physical world. But myth is the culmination of the human imagination.

Nobody is free from its influence and, even in this day of media-saturation, children and adults consciously or unconsciously absorb myths. They abound both in science and in religion in spite of the efforts of the exponents of both to deny the mythical existence.

The absence, from our formal education systems of teaching of myths, especially those relating to physical localities and to folk memory, leads to a tragic lack of shared experience throughout society.

For a long time the author has taken a leading part in developing consciousness of the importance of the myth. Among other achievements was his foundation, with Richard Kearney, of the journal The Crane Bag in which many seminal articles on mythology were published.

In the current phase of enthusiasm by educational planners for teaching ways of enhancing material gain, the ideal of bringing back an awareness of myth and mystery seems more aspirational than achievable.

Hopefully this book will induce something of a change of heart. In the meantime it stands as a feast of exciting ideas and a signpost to a wealth of reading.