Letters from Aleppo reviewed in The Irish Catholic 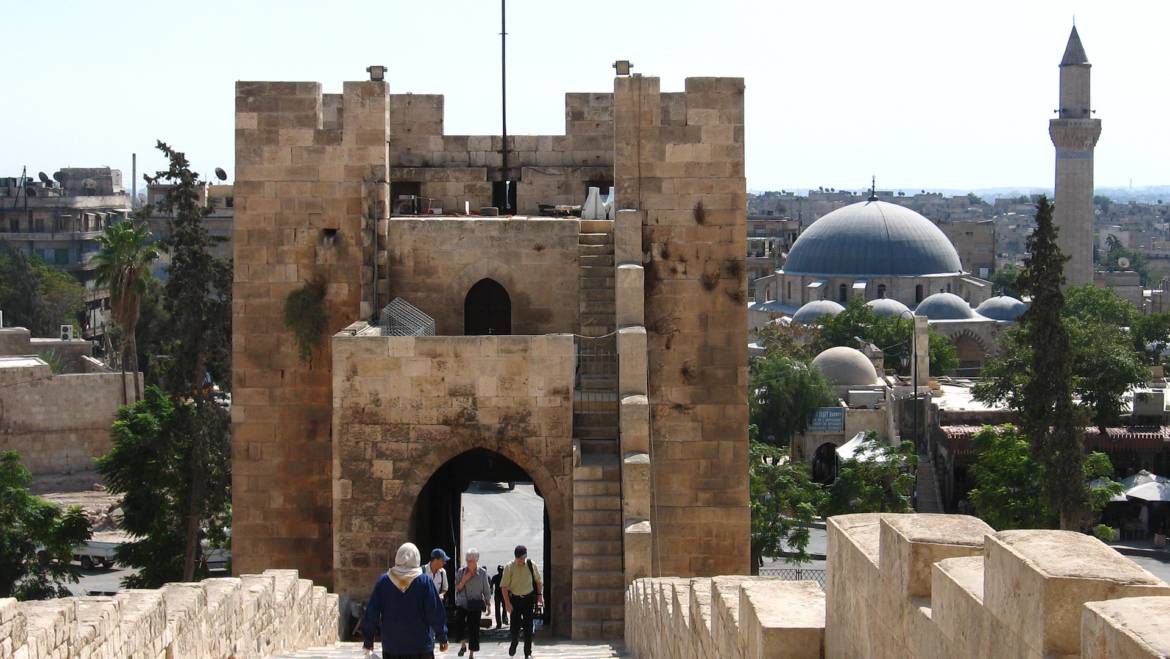 A Christian voice from a realm of fear

I have a Syrian friend whom I met in Dublin 15 years ago when he was a student of English. He returned to Syria before the terrible war began in 2011 and he is now married there with two small children.  We keep in touch and he tells me about his constant fear and daily anxiety and his efforts to survive and make ends meet. I find it heartbreaking.

You can, therefore, imagine how anxious I was to read a book detailing the difficulties of daily life in that troubled and tragic land by a Syrian priest, Fr Ibrahim Alsabag–h, a member of the Franciscan Order of Friars Minor. 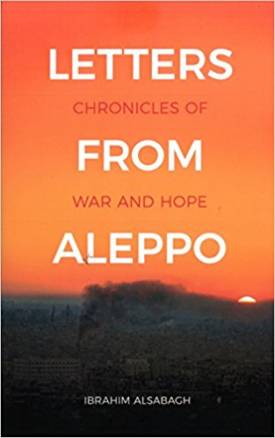 His extraordinary book is called Letters from Aleppo and it’s one of the most deeply moving and powerful books I’ve ever read.

Fr Alsabagh was born in Damascus and after his studies in Rome he returned to Syria in 2014 to be with his suffering people. He is now the parish priest of his church and monastery in west Aleppo. He describes in meticulous detail and compassion the daily suffering of his people and their constant fear of being attacked and killed.

What comes across very strongly is his profound love for his parishioners, and those who are not of his flock, and the amazing courage and resilience of the people among whom he lives. It is an amazing story and I cried as I read this wonderful book.

Fr Ibrahim has great respect and concern for Muslims in Syria and he knows what they, too, are suffering.

It is all too obvious that if the extremist jihadists of various types, especially ISIS and Al Nusra, have their way the unfortunate people of Syria would be subjected to the most cruel, barbaric  tyranny.

Were it not for Russia and Iran coming to the aid of the Syrian government the entire country would have been completely overrun by the most vicious, sadistic forms of Islamist fundamentalism. We saw what happened in Libya and Iraq after the USA and Britain helped to destablise and destroy those countries.

The same thing would have happened in Syria. The provincial Governor of west Aleppo, Mohammad Waheed Akad, said that as the rebels had launched indiscriminate shells at the civilians in west Aleppo they shouted, “God is great.” He added: “But God and Islam have nothing to do with such brutality.”

The US and the west are certainly not helping the situation by supporting many of the so-called rebels.

Among the worst problems mentioned by Fr Ibrahim are the shortage of water and electricity. He writes: “The problem of drinking water remains, but people also need water for personal hygiene.People are so desperate that they go around under the rain of missiles hoping to get water from the taps installed in the streets, near wells. No water has come out of the taps for ten days now.

Today the value of the dollar rose to 410 Syrian pounds ( about 70 cent), while only yesterday it was at 400. The prices of staple foods like bread, vegetables and so on are constantly going up. One woman who still has a job, and therefore a monthly income, explained to us that she could no longer afford even one dish of vegetables a day.”

The monthly salary for those lucky enough to have a job can be as low as €30 or €40 a month. Fr Ibrahim and his priests there try their best to help these desperate people.

When his church was attacked by gas canisters as he was distributing – Holy Communion he could see his parishioners screaming in pain as showers of stones and broken glass fell on them. He put down the Blessed Sacrament on the altar and rushed to help them.

He writes: “In the sacristy I realized that the hosts in the pyx were stained with the blood of some of the worshippers. This made a great impression on me, more than seeing the church covered in dust, plaster and broken glass. The hosts mixed with our blood were an unequivocal sign of the presence of the Lord in communion with us; it was as though they shone with the light of consolation and peace.”

Fr Ibrahim visits the bereaved and the injured and those whose homes have been destroyed and he offers what help, financial and spiritual, he can. He is truly God’s ambassador to his people. The people turn to him for consolation and encouragement in their despair.

“ What encourages me,” he writes, “to go on in my daily mission despite the countless signs of death we witness every day is what Jesus said about the daughter of Jairus: ‘The child is not dead, but asleep’ (Mk 5: 39) There is still hope. In Aleppo, these words have become a parish priest’s profession of faith, that of his parishioners and all Christians.”

To purchase a copy of Letters from Aleppo, visit our catalogue.