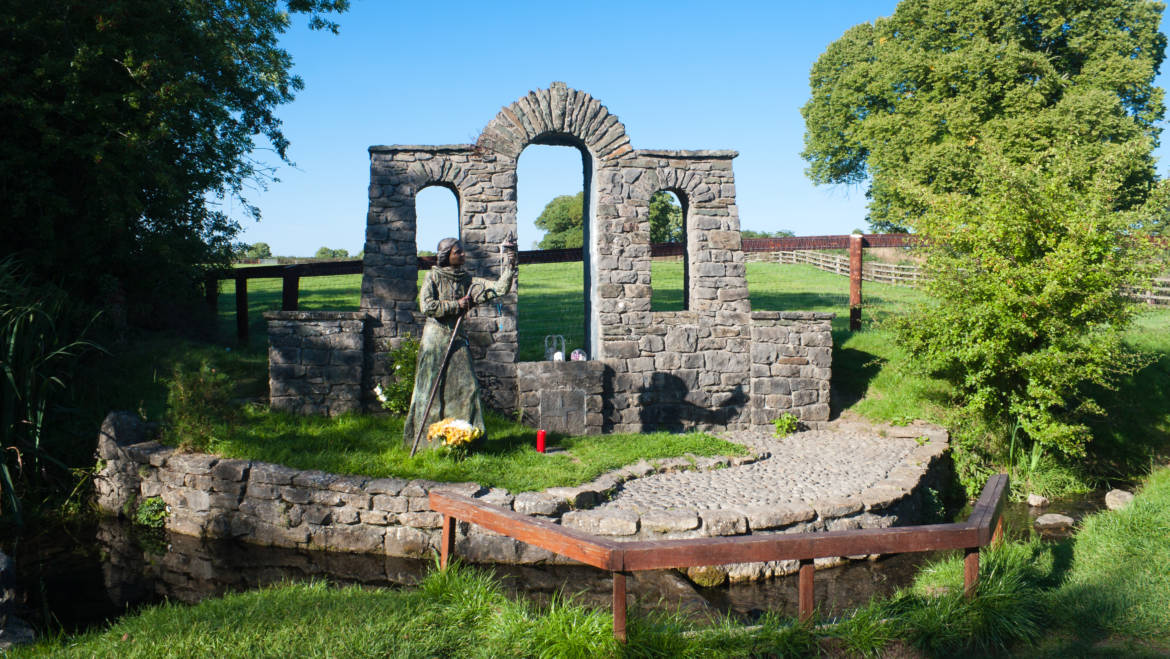 St Brigid, whose name means ‘the exalted one’, is Patroness of Ireland. She is among the first fruits of Irish Christianity. Despite the absence of any detailed historical data on Brigid, she is venerated not just in Ireland and Britain but also across the continent in France, Germany, Switzerland, Italy and elsewhere.

Her life (c. AD 455-525) spans the years between St Patrick’s mission and the spectacular rise of monasticism in the sixth century. In fact, Brigid was not only a holy woman, but the foundress of what is probably the earliest known monastery in Ireland, Kildare.

Whether or not Brigid inherited various attributes associated with a pagan goddess of the same name, whether she was born in Offaly, Kildare, or Louth, and whether she died on February 1st, her legacy in Ireland and beyond is unquestionable. The foundress of Kildare is enshrined in tradition as a woman who walked with God, totally dedicated to Christ his Son, loving him, living for him, and in turn being sustained by his love.

By 1st February, the worst of the winter is considered to be over. There is a change in the degree of light and dark that surrounds, things are beginning to sprout and grow – St Brigid the woman of abundance, is ushering in a new dawn, an era of light, and life and hope, for a new and Christian Ireland.

The Brigidine story, coming as it did at the dawn of Irish Christianity, presented Ireland with an entirely new model of womanhood and the Irish loved her for it. In daring and innovative ways, she is presented as expressing the gospel injunction of loving God and neighbour. She is described as travelling the land, spreading the good news of Jesus, healing the sick, tempering the mighty and raising the lowly.

Even the rich Celtic imagination was at a loss to describe such a lover of Christ. And then it came: she was the nearest thing to the Mother of God; she was the Mary of the Gael, Mary of the Irish – Muire na nGael.

“May you enjoy reading a little about a small selection from the vast multitude of saints who have adorned Ireland’s early Christian era and may the wealth of the saints be yours now and always!” – John J. Ó Ríordáin, Author

To learn more and purchase the book, visit here.