‘How We Killed God’ reviewed in The Irish Catholic 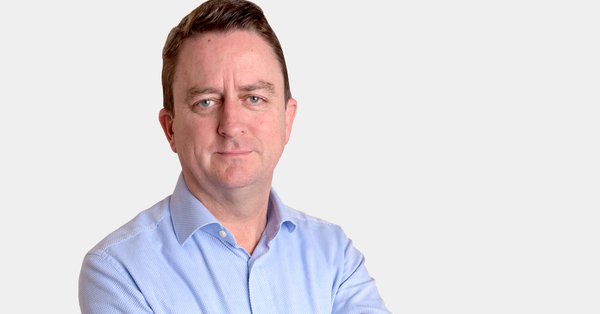 Two guests who took part on the Ryan Tubridy Show on RTÉ radio back in October 2006 were the well-known atheist Richard Dawkins and the journalist David Quinn.

Dawkins was there to discuss his book, The God Delusion (Black Swan, £9.99pb). Dawkins was invited to talk about his ideas, and David Quinn was there to listen and refute them. I found myself amazed at Quinn’s cogent, rational arguments and his confident, truculent analysis of Richard’s Dawkins’ opinions.

He questioned Dawkins about the existence of matter and where it came from, and about freewill. He told Dawkins that if there’s no God, then there’s no freewill or objective morality.

Dawkins replied rather lamely: “Science is working on it.” Quinn told him: “You must go outside matter to answer the question.” 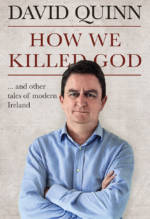 As I listened to David Quinn on the programme I was reminded of a line from the atheist, Nietzsche, who said: “Fools, as if morality can be preserved when the God who sanctions it is missing.” Dostoyevsky’s Ivan Karamazov exclaimed: “If God does not exist, then everything is permitted.” That particular edition of the Ryan Tubridy Show made me realize just how bright and capable David Quinn is.

Over the past 25 years, Quinn has written articles for various newspapers on numerous topics and in this thought-provoking and fascinating book, How

We Killed God, we are treated to a collection of many of those entertaining and stimulating pieces.

He is nothing if not an individualist who’s not afraid to go against the tide of secularism and groupthink that seems to prevail everywhere nowadays.

His approach is always calm and carefully thought out. There are so many different subjects dealt with in this collection and we will all have our particular favourites.

One of mine is an article he wrote in 2013 entitled ‘If there is no God, no law-giver, then why should we be equal?’ In discussing Martin Luther King, he writes: “Politics is full of human rights talk. However, this presupposes there is some kind of moral law, higher than the civil law, which the civil law must conform to…Martin Luther King’s ‘dream’ speech is rightly celebrated as a great civil rights speech. But it stems from a deep theological and philosophical vision, one that depends on believing in a creator God and in moral and natural law which he gave us and against which our laws must be judged.”

When pro-life members of Fine Gael were expelled from their party for opposing the Protection of Life During Pregnancy legislation, 2013, some people praised Enda Kenny for his strong stand and insistence on party loyalty.

Davis Quinn says: “Again and again, I contrast in my mind the praise Enda Kenny received in many quarters for his ruthless treatment of his party colleagues who voted against the new abortion law, and the condemnation the Vatican has received for its much milder treatment of dissident priests such as Fr. Tony Flannery.

“…If it is okay for Fine Gael to take strong action to maintain discipline and the coherence of party policy, then why is it not okay for the Church to do so? Here is the explanation for the contradiction: those praising Kenny and attacking the Vatican simply want to have their way, by whatever means. They wanted abortion legislated for under the terms of the X case, and they want the Catholic Church to change its teaching in line with their wishes. Therefore, they supported the disciplining of Lucinda Creighton, Terence Flanagan, Brian Walsh, Fidelma Healy Eames, Billy Timmins, Peter Matthews, and Paul Bradford and oppose the disciplining of Fr. Tony Flannery et al. So it’s not the use of discipline per se that they oppose. They like it when it suits them. That is to say, they are entirely hypocritical about the matter. And they get away with it and probably can’t even see the contradiction half the time.”

Whether one agrees or disagrees with David Quinn’s views it’s not possible to ignore him. He is always highly articulate and extremely well informed and he never fails to engage our full attention, whether for or against him. In this book he covers a very great deal of ground indeed, to the rich benefit of his readers.

He dedicates his book to his good friend, Tom O’Gorman, who died such a tragic and violent death in 2014.

For more articulate, well-informed books, head to our catalogue