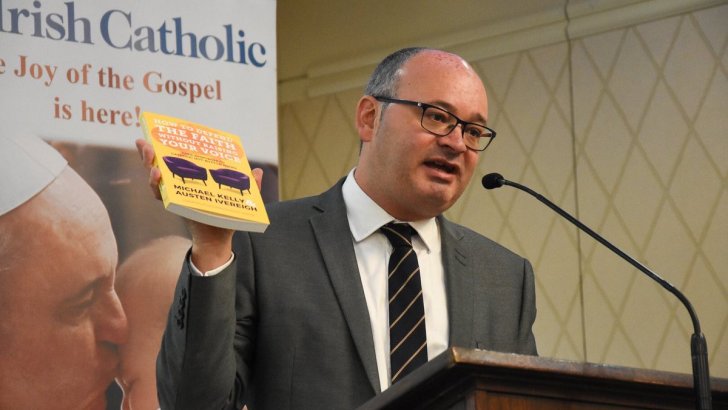 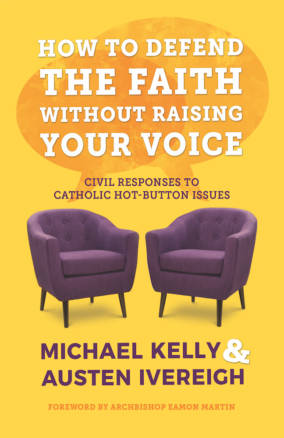 A couple of generations ago, one could have safely assumed that most Irish people shared a set of common values. Even if one didn’t necessarily fully subscribe to the Catholic worldview, the culture was such that one would have to live under a rock to be unaware of what the Church taught about a range of issues, much less why.

The situation has now completely changed. Many of the core moral and doctrinal beliefs of Catholicism, and Christianity more generally are considered not simply wrong, but against common sense, and even sometime repugnant. Given that some of those who voted for same-sex marriage and abortion were practising Catholics, this is not just an issue affecting those who have walked away from the Church. It is an issue that represents a huge wake-up call and requires urgent attention.

Enter this book by Catholic journalists Austen Ivereigh and Michael Kelly (editor of this newspaper)  – both of whom have spent many years explaining the teachings of the Church in the mainstream media and in public debates.

This is a modern approach to what we used to call apologetics, but it is much more than smart answers to common critiques of the Faith.

The book opens up with an explanation of the model which basically hinges on the desire to shed light rather than heat on controversial subjects such as the role of the Church in public life, homosexuality, abortion, contraception and the role of women in the Church.

In each case, the book looks for a positive value that motivates the critics of the Church. For example, on the issue of same-sex marriage it acknowledges that most supporters of the re-definition of marriage do so because they are motivated out of a deep-seated desire for what they see as equality.

However, Kelly and Ivereigh go on to demonstrate how this is misjudged and, in fact, sacrifices the rights of children in the pursuit of adult happiness.

The fact that each chapter starts with the common criticisms of the Church’s position arms the reader to be ready for the questions they will meet rather than working from abstracts.

The book does not try to defend the indefensible, not least the horrendous issue of clerical sexual abuse. The issue is dealt with sensitively while pointing to the huge strides that the Church has made in our part of the world at least to ensure that it is now a leader in the field of child safeguarding.

This book would be an excellent gift from any parent to a teenager or young adult who has walked away from the Faith. In the pages they will find robust challenges to the conventional messages they are hearing about the Church from contemporary culture.

In his foreword to the book, Primate of All-Ireland Archbishop Eamon Martin expresses the hope that parish groups will read How to Defend the Faith Without Raising your Voice together.

This is an excellent idea that priests and parish pastoral councils should take up. In politics, activists are often told “don’t get angry, get active”.

Every page of this book provides the tools people need to understand, appreciate and explain to others, the reasons for the Faith they have in them.

This is a ‘must-have’ handbook for anyone wishing to defend and explain some of the toughest and most controversial teachings of the Catholic Church.

Both writers have a wealth of experience themselves doing exactly this in some of the toughest media arenas, and it shows.

Buy this book and see how they do it.

To purchase How to Defend the Faith Without Raising Your Voice or any of our other books, head to our catalogue.