The summer has flown by, and now only a few sleeps remain until Pope Francis touches down in Ireland. In preparation for this momentous event, we’re flipping back through Failte Pope Francis and delighting in some of the gorgeous drawings and adorable letters that children throughout Ireland sent the Pope earlier this year in anticipation of his visit to Ireland for the World Meeting of Families 2018. The letters and drawings were submitted for a contest held by The Irish Catholic, which donated cash prizes to the schools attended by the contest winners. Each letter and drawing expresses warming feelings of welcome for the Pope, and though it was nearly impossible to choose, three winners with spectacular drawings were picked: two boys and one girl from the counties of Louth, Limerick and Wexford.

The book is a beautiful example of the enduring faith present in the Irish youth, who in their letters tell the Pope about their nightly prayers, their excitement about their upcoming First Communion, and their delight that he is their Pope. Failte Pope Francis is a comforting reminder that Catholicism and delight in the faith remains a strong presence in Ireland, and will continue thanks to its enthusiastic youth.

As we tick off the days of the calendar leading to the Pope’s arrival in Ireland on August 25th for World Meeting of Families 2018, we can also look at Failte Pope Francis as a reminder that the Pope’s visit is truly a special occasion, worthy of the excitement expressed by the children of Ireland. 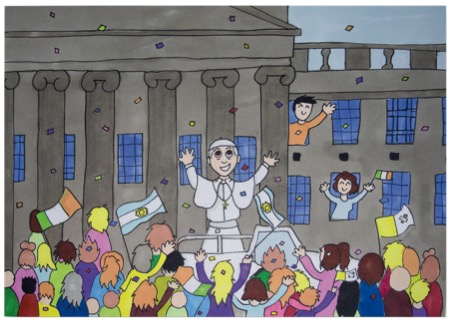 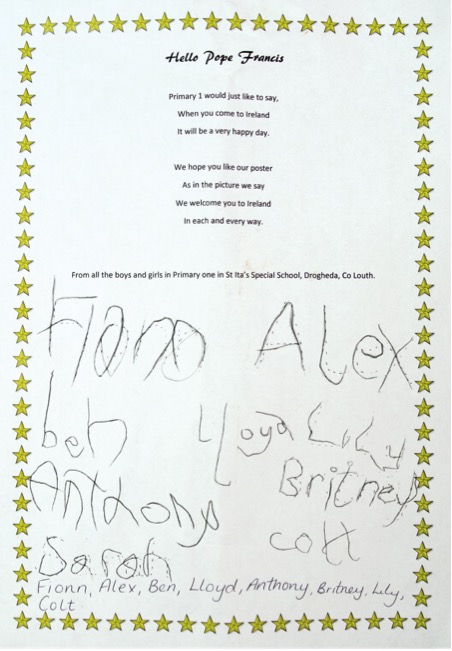 Letter from the Primary 1 class at St Ita’s Special School in Co. Louth 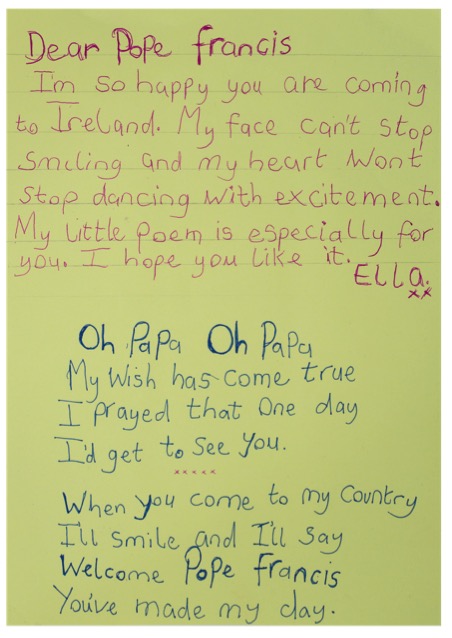 A letter and poem to Pope Francis by Ella Taylor from Co. Louth 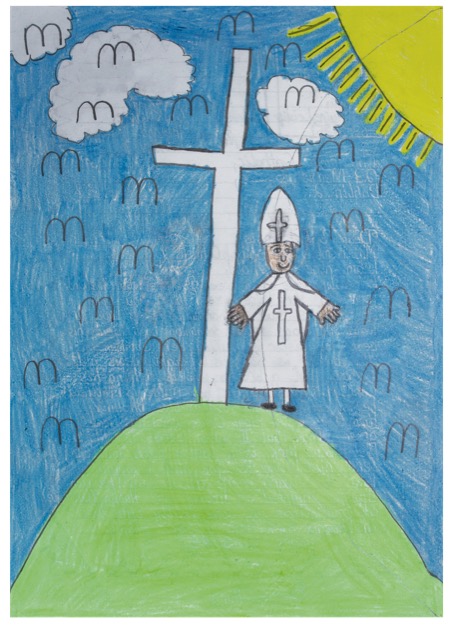 To get your own copy of Failte Pope Francis in preparation for the Pope’s visit for World Meeting of Families 2018, visit our catalogue.