Crazy Chronicles of a Parish Life reviewed in the Derry Journal 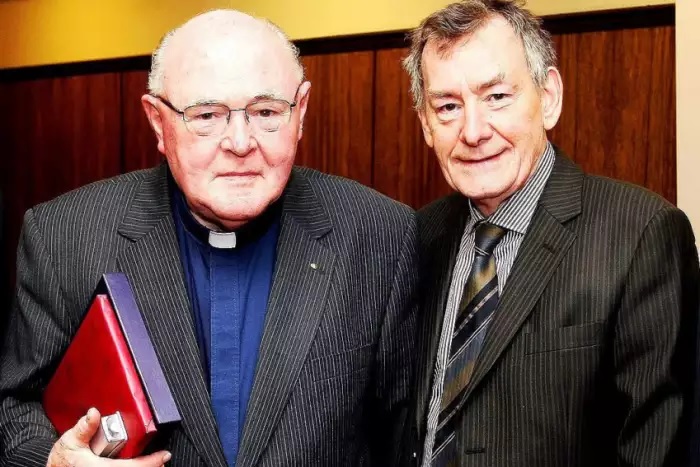 The life and times of Fr Michael Collins

Father Michael Collins is a man who has always been easy to listen to. Whether he is delivering a sermon during Sunday Mass, broadcasting on radio, or penning a memoir on the turbulent life of a priest in Troubles-torn Derry, he has that canny flair of keeping his audience – or should that be congregation – engaged. Denis Bradley, himself a former priest, perhaps sums it up best when he says of Rev Collins: “He’s a born chronicler. It’s in his DNA.” In his new book, “Crazy Chronicles of a Parish Life” (Columba Press), the Co Tyrone-born cleric candidly discusses the “trauma and emotion” which many men of the cloth must deal with on a daily basis. There is, he admits, a touch of craziness in every life – and the clerical life is no different. In fact, he says, it may be even crazier than average because of the variety of people they encounter and the events and incidents they have to contend with. Add to this a liberal sprinkling of devastation left behind by thirty years of violence, all in all, says Fr. Collins, it has been a crazy life. The new book – which was officially launched last night at the Veritas shop in Derry’s city centre – is described as a “conglomeration of the good, the bad, and the ridiculous” – reflections, funeral homilies, scripts and radio broadcasts that span Fr. Collins’ years as a priest. 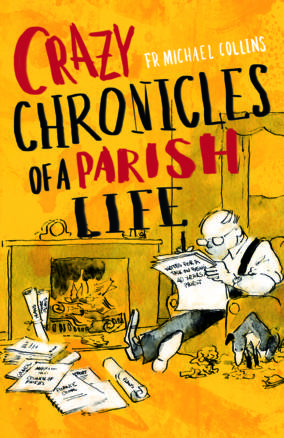 Now 80 years old and retired, Michael Collins is probably best known for the 18 years he spent in charge of the Long Tower parish in Derry. He was based in the Bogside parish from 1978 to 1995 and says it is very hard to convey the “chaotic nature” of clerical life during that period. The Troubles, he reveals in the new book, monopolised the time and the energies of the priest in one way or another. He was, of course, administrator at the Long Tower when, in 1987, masked men fired a volley of shots over the coffin of an IRA man in the grounds of the church. The move prompted Bishop Edward Daly to impose a ban on any paramilitary trappings being brought into church grounds in the Derry diocese during republican paramilitary funerals. Fr. Collins, who officiated at the 1987 funeral, gives a fascinating insight into the episode in his new book.

He recalls: “As I made my way back to the sacristy to change into my street clothes before going to the cemetery for the burial, I heard a volley of shots behind me. It took me completely by surprise, for there was a huge police presence outside the church – someone counted seventy-two police landrovers alone – and I could not fathom how someone had smuggled guns into the church grounds right under their eyes. I later learned how gullible I was. They had smuggled the guns into the church the previous night and hidden them in my confession box. Their familiarity with their faith did not convince them that what they were doing was a desecration of the house of God, but it was sufficiently detailed to inform them that there were unlikely to be too many requests for confession on the morning of a republican funeral.” Later that same evening, reveals Father Collins, he informed Bishop Daly that he was taking a few days off as a result of exhaustion but impressed on him the importance of taking no action on the matter until they had time to sit down and think their plans through. “However,” he goes on, “pressure from all quarters was brought to bear on the bishop and he capitulated by announcing that, in future, requiem Mass would be denied to those responsible for violent deaths in the Troubles, though they would still be given Christian burial. I heard the announcement on the evening news and I returned from my break in a highly inflamed state of mind. The Bishop’s argument was that funerals without requiem Mass were commonplace, so that it did not constitute a major departure from common practice, but, needless to say, the republican movement saw it as political and religious discrimination against their members. From that onwards, funerals became a nightmare.” In the meantime, recalls Fr. Collins, all the other crazy incidents of parish life continued unabated. For example, there was the strange occasion when a woman fell asleep in a confession box and awoke to find herself locked inside the church. And then there was the one-legged Scotsman who insisted on throwing his crutch at Fr Collins’ office window “like a javelin” in the early hours of the morning.

Always candid, frank and forthright, Michael Collins is a no-nonsense straight-talker. His new book is just as unequivocal and unvarnished. It is, as Denis Bradley says, one of those books people will keep by their bedside and “dip into fairly often.” A great read.

To purchase a copy of this book, head over to our catalogue.