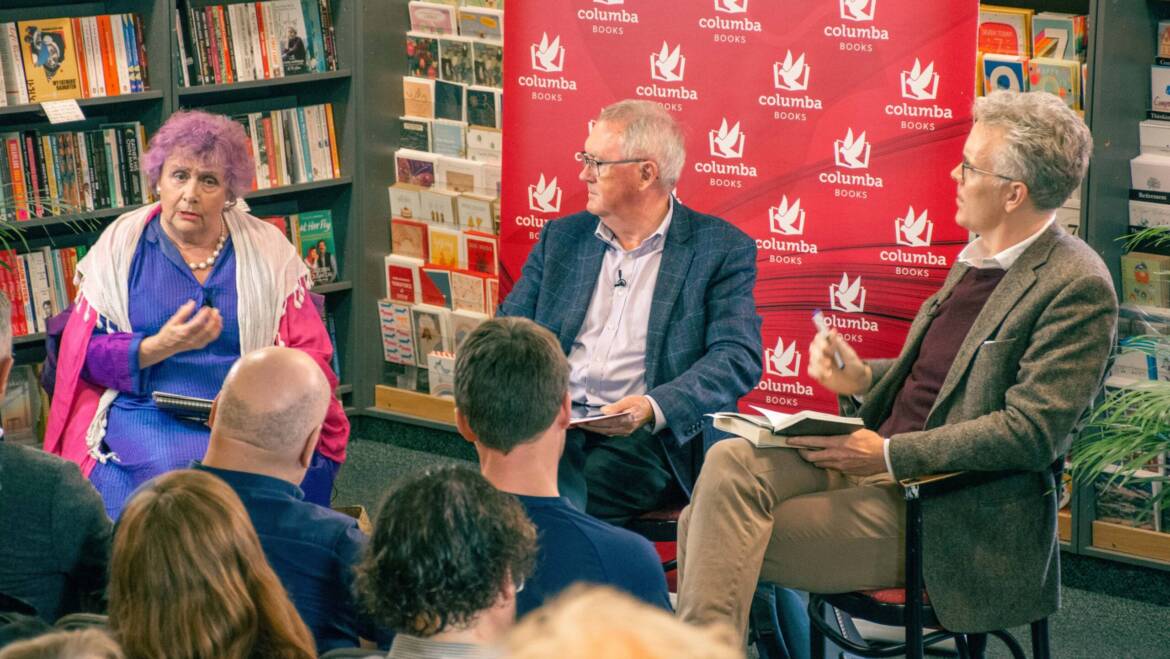 Is Ireland’s Catholic history something we should all look back on with nostalgia? This is what author and veteran journalist Mary Kenny and Irish Times German correspondent Derek Scally discussed at Hodges Figgis bookshop last Wednesday.

Mary Kenny’s new book The Way We Were is a balanced recollection of Ireland from 1922 to 2022. With the stories of those who moulded Irish history, while also emphasising the role played by the most dominant factor in Irish life, Catholicism, she takes us on a tour of the Ireland that is and was. Besides an insightful, decade-wise analysis of Irish society, Mary includes profiles of noteworthy stalwarts like Gay Byrne and Seán MacBride to further our understanding of their impact. Derek Scally’s book, The Best Catholics in the World was published last year, it also discusses Catholic Irish society and was widely praised for its sharp observations gleaned during a series of reflections and engagements on several of his return visits to Ireland.

Observers were there to see these two juggernauts of Irish journalism discuss Catholic Ireland respectfully despite their differing views. The event was moderated by broadcaster Seán O’Rourke.

Mary Kenny broke the tension by identifying with the incumbent Prime Minster of the United Kingdom, Liz Truss by saying that she and Ms Truss had one thing in common, that being they both “keep changing” their minds. Mary then went on to discuss her time as a founding member of the Irish Women’s Liberation Movement and how she rebelled against all authority in her youth. Life struck her in a much more serious way when she became a mother. Identifying herself as an “observant Catholic”, she has “blown hot and cold” with her Faith over the years but it has never left her. She adds that her Faith is very important and has been a “nourishing thing” in her life and expanded her imagination, her journey of reflection and her intellectual learning to a great degree.

Derek Scally began his thoughts by complimenting Mary Kenny’s The Way We Were as a “real compulsive read.”  And then opined of his own Faith:

“I used to be indecisive and now I’m not sure.”

The discussion began with Seán O’Rourke reading an excerpt from The Way We Were, wherein Mary met with four women in Co. Clare. These ladies were four lapsed Catholic Irish women that Mary met in the county town, Ennis, and commenting on how Clare used to be the most nationalist and most Catholic county out of the 26 Irish counties, Mary said, “None of them had a bad experience. None of them had been abused by a priest. None of them had bee treated horribly by nuns.” One of these women praised the pastoral gifts of a local Irish priest but all of these women had moved away from Catholicism and one in particular had replaced the void of Faith in her life with “community singing and climate change”.

Derek Scally went on to talk about the effect of the Catholic Church on Irish people and society and how in his youth in the 1980s it was becoming “tired”. From his perspective, as a teenager going to school he looked back at the books that were used to teach Irish children and said this period of time was “experiential” a time when Ireland was trying to move away from the Catholic Church. In Ireland Scally felt that the Catholicism was very much “of the place, of the land, of the people and its history and a little bit too passive” for him when he was young. He described his Irish education with its Catholic books, as “the last gasp” of Catholicism in the country and he felt that there was “a huge intellectual poverty” in Ireland which he had not ever realised was the case until he emigrated abroad to Germany. 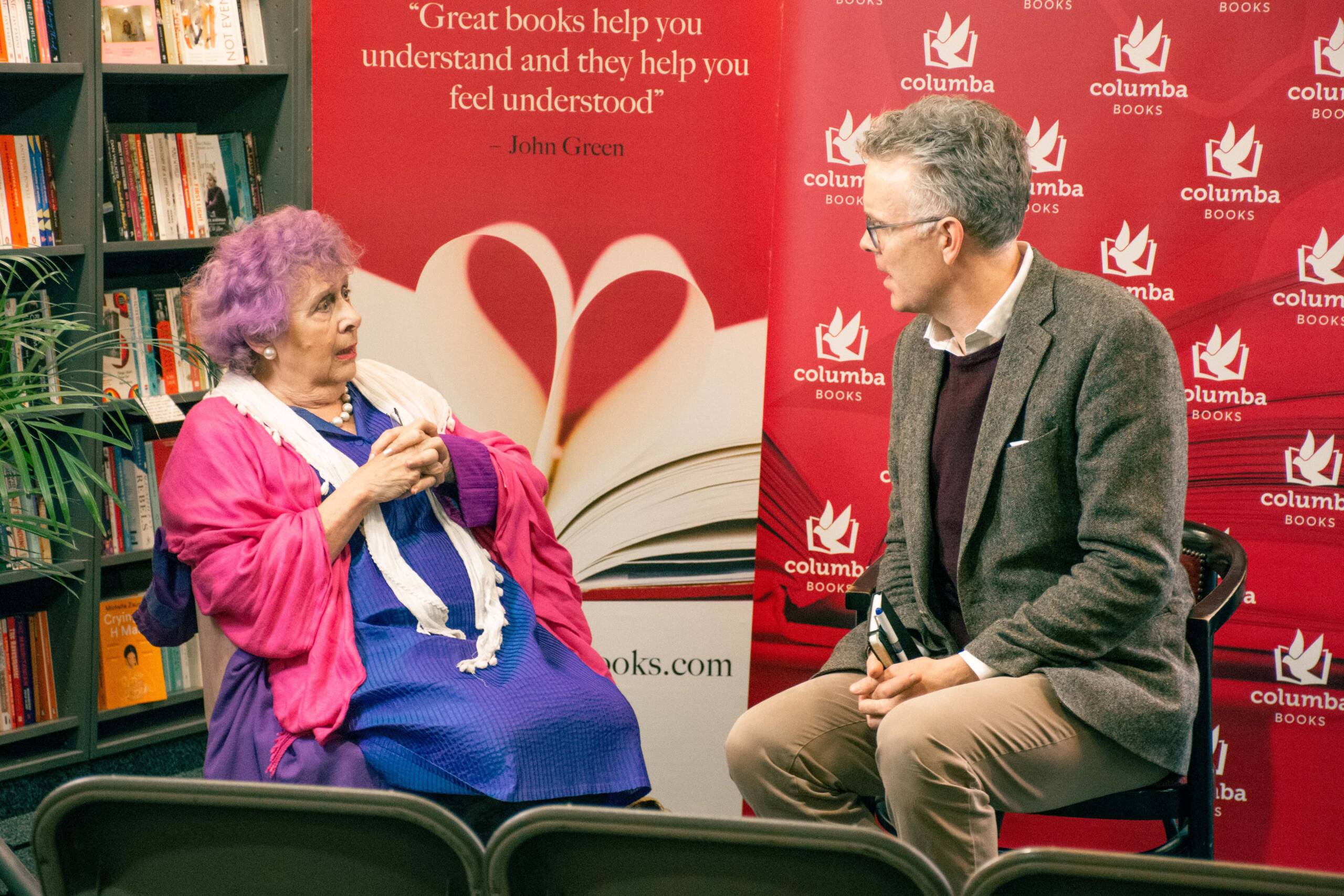 Both commentators spoke about the Pope’s visit to Ireland in 1979, the abortion vote, and how Ireland was very different at that time.

Regarding abuse in the Catholic Church in Ireland, Mary Kenny said that although social analyses are very much true and the condemnation very much warranted, there needs to be a “wider view” of the world that existed and that the entire Western world has become secular not just Ireland and the loss of number in the liberal Protestant churches and goes on to say that in Sweden, only 2% of all Swedes go to Church with a similar percentage in Denmark even though the Church is established, and is part of the daily constitution.

Mr Scally disagreed with Mary’s view and considered it a “whataboutism”, a deflection that allows us to do anything but look inwards at ourselves by looking elsewhere. He said that the Irish need to face up to its history of abuse meted out at the hands of of those in the Catholic hierarchy and react accordingly.

The discussion continued on in this manner with back and forth opinions on differing aspects of Catholic Ireland over the years. Both journalists were very courteous when doling out their respective views on the topic. The dialogue between Scally and Kenny was compelling and offered attendees the opportunity to hear two very contradicting outlooks on such a hot-button topic exchanged with grace.

Overall the event was a major success with many prominent members of Irish Catholic society in attendance, including Editor of The Irish Catholic newspaper Michael Kelly. 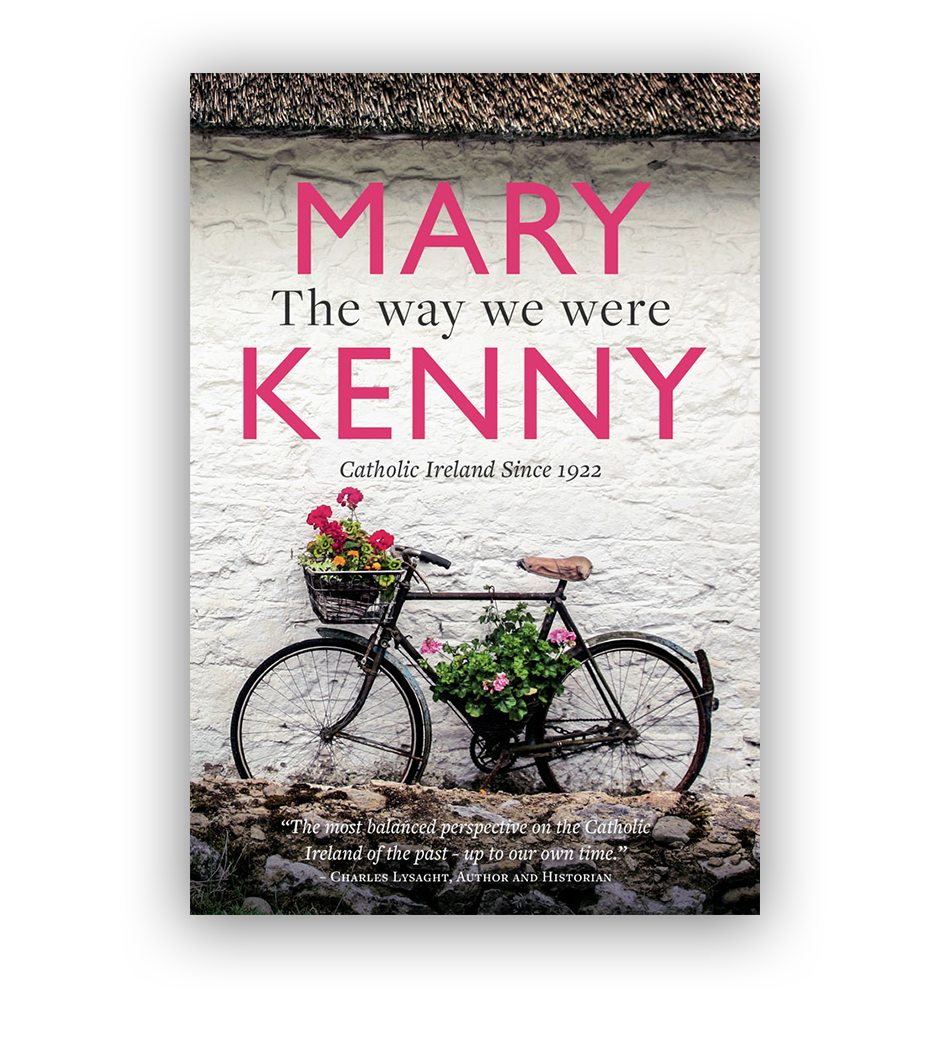 Mary Kenny’s riveting perspective on Ireland over the past one hundred years, The Way We Were: Catholic Ireland Since 1922 is available to purchase at Columba Books.